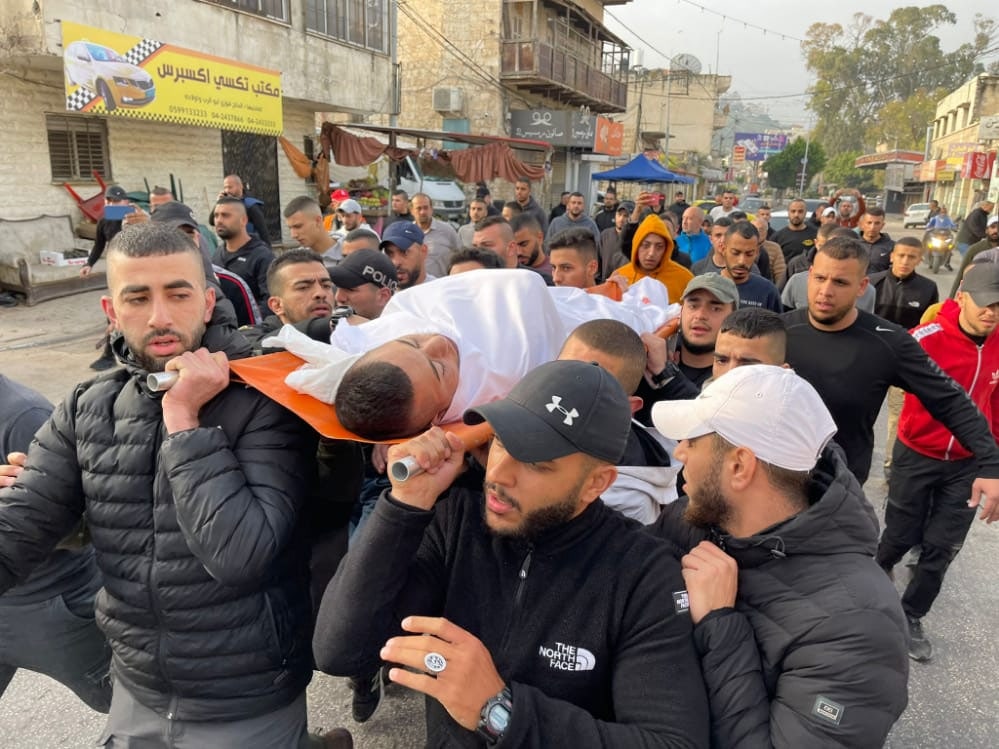 ISWNews Analysis Group: This morning, a young Palestinian man who was wounded by Zionist soldier yesterday, succumbed to his injuries and the number of martyrs in the last 24 hours in the West Bank has increased to four.

Yesterday, a 17-year-old Palestinian teenager named “Mohammad Hussein Zakarna”, a resident of the eastern neighborhood of Jenin, was shot in the side by Israeli special forces and was martyred this morning due to the severity of his injuries.

Hours ago, the Israeli army threatened to attack Jenin if Raad Hazem‘s father did not surrender. In this regard, the Jenin Brigade affiliated with the Palestinian Islamic Jihad Movement announced that it has increased the readiness of its fighters to counter the invasion of the camp by the occupying army. Jenin mosques also announced a public mobilization, urging citizens to evacuate the streets and not to take photos or videos of the resistance forces.

Read more: Shooting in the heart of Tel Aviv; Three killed and 15 wounded!

Last night, Ziyad al-Nakhalah, the secretary general of the Palestinian Islamic Jihad Movement, told Al-Manar TV: “Palestinians have many options for resistance in the West Bank, Quds and the Gaza Strip, and there is coordination and planning between the resistance in Jenin and Gaza.” He said: “We can not close our eyes to what is happening in Quds or the West Bank, and the Palestinian resistance groups will respond to any Zionist aggression. We are facing a direct confrontation with the occupiers and we should expect an all-out battle at any moment.”