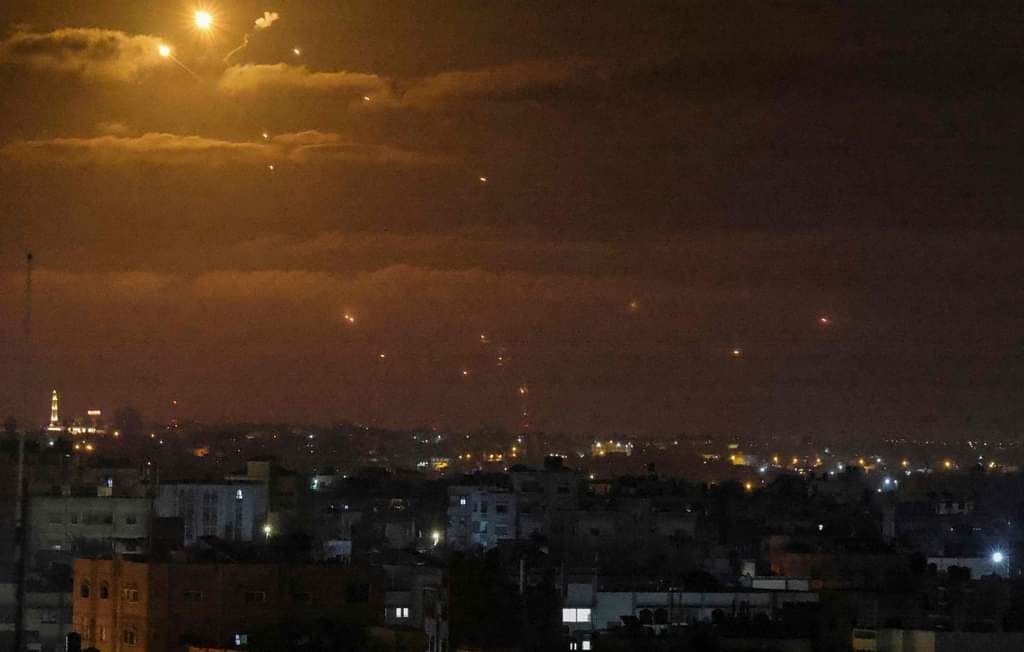 ISWNews Analysis Group: The Israeli army attacked the Gaza Strip in response to Palestinian rocket attacks on the town of Sderot in east of Gaza Strip.

This morning, after the Palestinian resistance fired several rockets at the Zionist settlement of Sderot, injuring four Zionists, the Israeli army retaliated by targeting several areas in the Gaza Strip.

At the beginning of the attacks, the “Isa al-Batran” base belonging to al-Qassam Brigades in the Nusayrat camp in the center of the Gaza Strip was targeted by Israeli drones. Israeli warplanes then fired about 10 missiles at the base, causing a large-scale fire in the area. Israeli tanks and artillery targeted resistance observation posts east of the Albridge camp. East of Khan Yunis was also targeted by the Israeli artillery.

It is expected that with the resumption of clashes in Al-Aqsa Mosque and the resumption of Zionist attacks on this mosque, tensions will increase and we will witness a new round of fighting between Palestine and the Zionist regime.