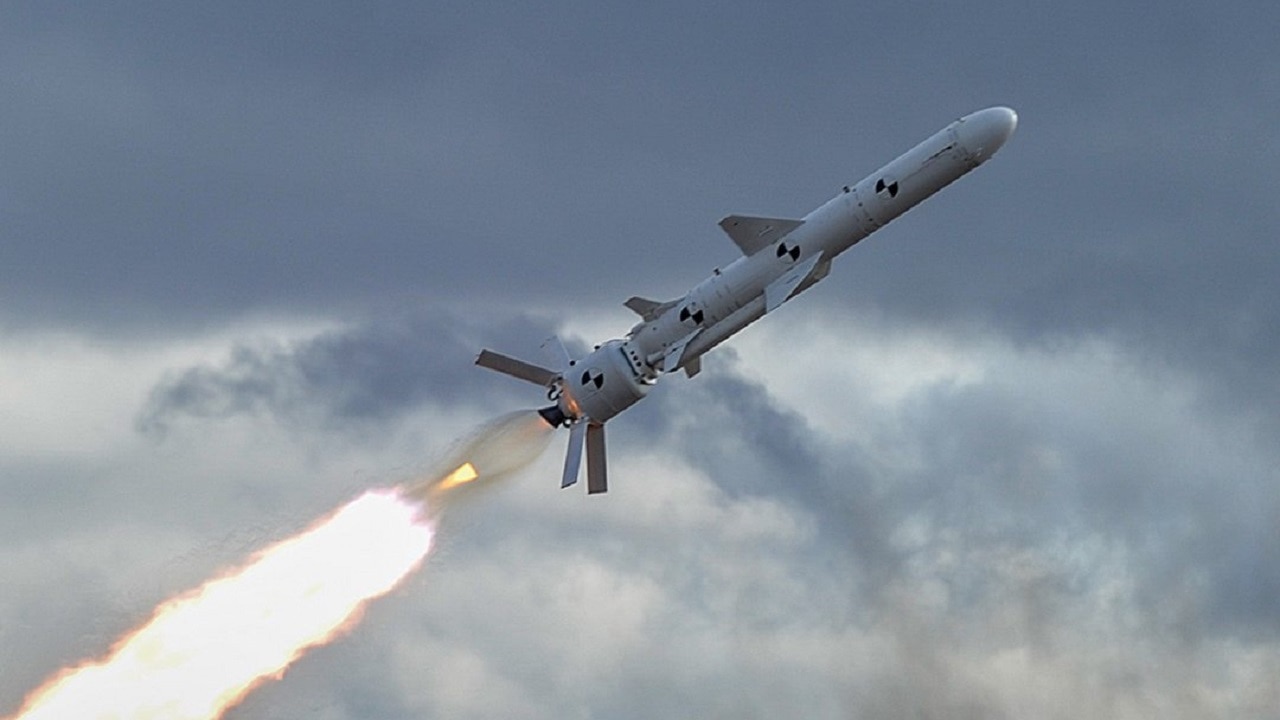 R-360 Neptune is a Ukrainian anti-ship cruise missile developed by the Luch Design Bureau. Neptune’s design is based on the Soviet Kh-35 anti-ship missile, with substantially improved range and electronics, longer body with more fuel, larger booster, and some other modifications.

The Neptune missile was officially unveiled in 2015 at the Defense Exhibition in Kyiv and the system entered service with the Ukrainian Navy in March 2021.

The first tests of the system were conducted on 22 March 2016, attended by Secretary of the National Security and Defense Council, Oleksandr Turchynov. On 17 August 2018, the missile successfully hit a target at a range of 100 kilometres during test firings in southern Odesa Oblast.

A Neptune missile including rocket motor is 5.05 metres in length, with a cross-shaped hard wing. Neptune missiles are designed to be housed in transport and launch containers with dimensions 5.30 by 0.60 by 0.60 metres. The system has a maximum range of about 280 kilometres.
A single missile weighs 870 kilograms, of which 150 kilograms is the warhead. It carries a High Explosive Fragmentation (HE-FRAG) warhead.

In terms of propulsion, Neptune uses a solid-fuelled booster in the first stage which takes the missile off its launcher and up to its cruise speed within a couple of seconds, then activates its turbofan engine. The small air-breathing jet engine takes over to fly the missile at around 900 km/h, just below the speed of sound, to its target.
The engine of this missile is MS-400 turbofan made by Motor Sich Ukraine. This engine has a thrust of 3920 Newtons and a specific fuel consumption of 850 grams per kiloton of thrust per hour. Engine length is 850 mm and its diameter is 315 mm. It also weighs 85 kg.

R-360 Neptune anti-ship cruise missile uses inertial navigation system with active radar homing on the terminal stage of its flight. The missile flies low for most of its flight at 30 meters above sea level to take it away from radar detection. As it approaches the radar coverage envelope of its target, it will descend to 3-10 meters above the surface in order to overcome hostile defense systems.

This missile travels at subsonic speed. It is estimated that due to its subsonic speed that anti-ship missile can be intercepted rather easily, especially by advanced defense system.