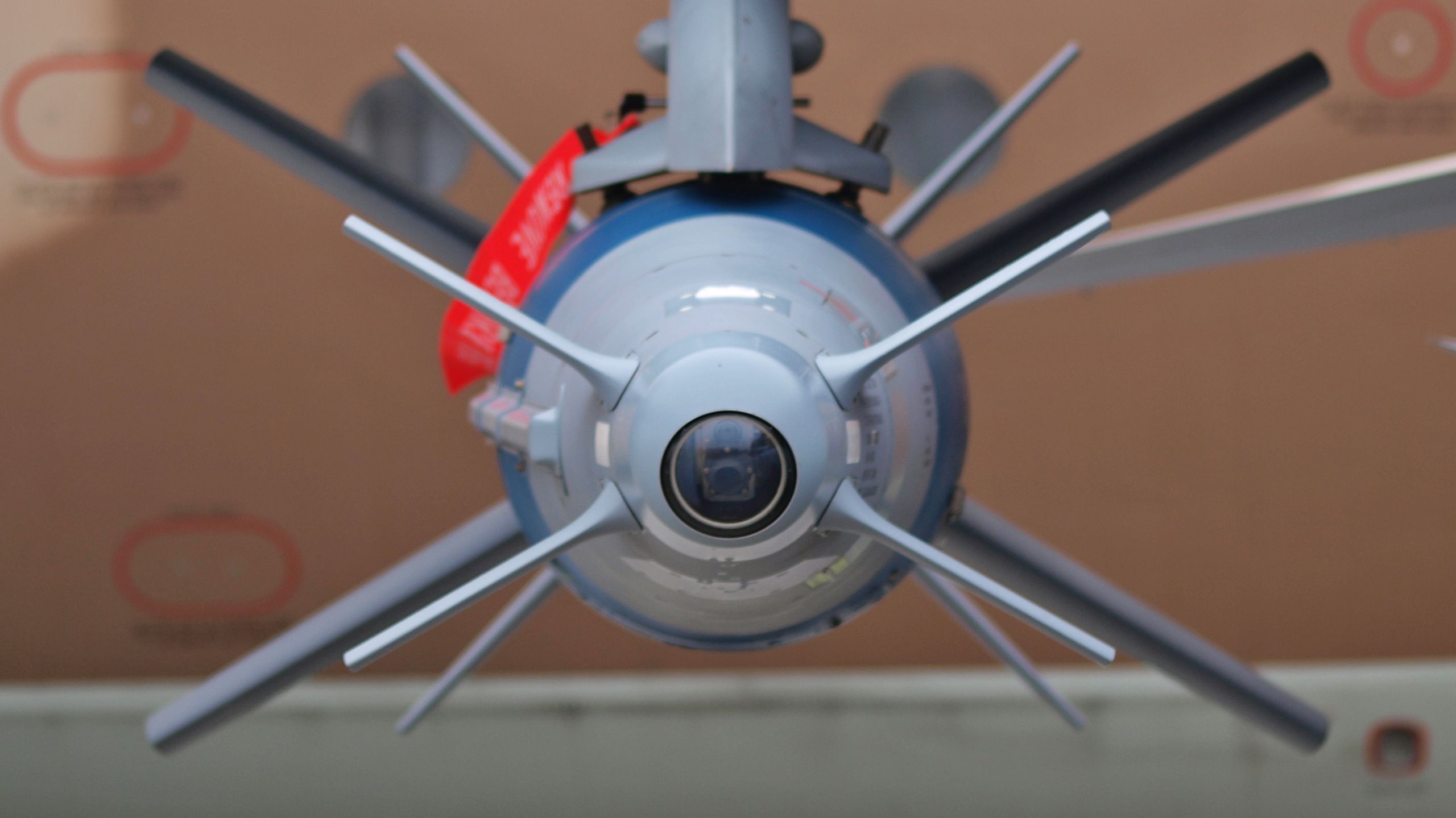 SPICE Bombs, which stands for Smart, Precise Impact, Cost-Effective, is an Israeli electro-optical/GPS-guided guidance kit that converts air-droppable unguided bombs into precision-guided bombs by mounting them on unguided air bombs.

Spice bombs use a combination of electro-optical and satellite guidance and have the advantages of both methods. The use of satellite guidance provides drop-and-forget option for several such targets simultaneously and the ability to engage hidden or camouflaged targets in all weather conditions; and electro-optical guidance provides man-in-the-loop guidance for extremely high precision; the ability to engage relocatable targets; lower CEP than that of satellite-guided munitions; and independence from external information sources like satellites.

Electro-optical guidance is based on the pilot’s command and can be independent of external information sources such as satellite imagery, and the pilot can instantly determine and engage the target. It is also possible to transfer target information to the bomb with up to 100 different targets, and the pilot selects one of the predetermined targets depending on the circumstances and drops the bomb for it.

One of the advantages of spice bombs is their glide capability, which due to the use of 12 aerodynamic control surfaces in 3 groups (fore, mid-body and tail), the “Spice” has a very long glide range of about 60 kilometers. This allows a striking aircraft to release a bomb at a target without entering the threat envelope of most short and medium-range air defense systems which might protect it.

Regarding target selection and engagement, the spice bomb engages the target in three ways:
First, there is pure CCD or thermographic camera (IIR) image matching, when the guidance section uses algorithms to match the target image in its memory with the image provided by the seeker, and align the center of the seeker’s field of view with the desired image.

Second, if the CCD\IIR seeker can not acquire its target for any reason (such as visual obstructions), the bomb can automatically switch to GPS\INS guidance. This means that the bomb aspires to bring itself to the target’s altitude at a known geographical location. The bomb receives data on its current location from GPS satellites, or from an inertial navigation system in the bomb itself, that has been fed, through the pylon datalink, with the dropping aircraft’s coordinates a fraction of a second before the drop, and can therefore calculate its coordinates from the dropping time and on.

Third, there is a manual “man-in-the-loop” guidance option, in which the weapon systems officer looks at a backseat TV display to see the seeker’s view and uses the backseat stick to control the bomb to the target. This guidance method is probably the most accurate one employed today for air-dropped munitions. Its main drawback is that it allows for only one bomb to be guided at a time.