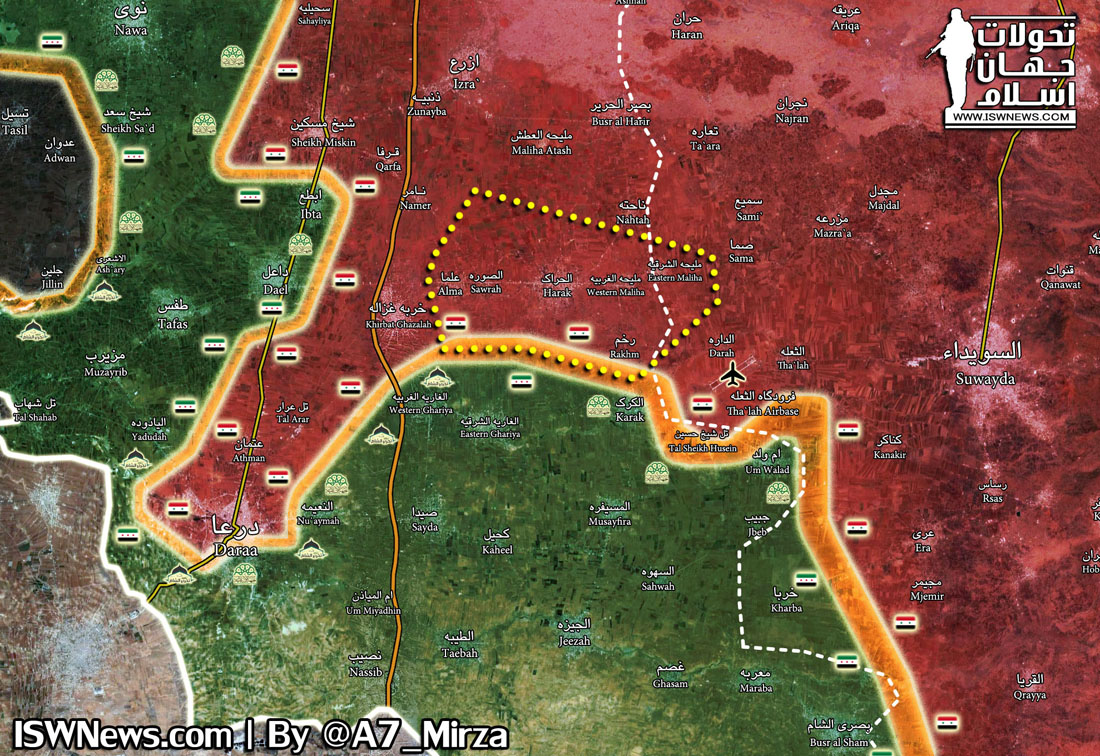 Yesterday and today villages Maliha Sharqi and Gharbi, Rakhm, Alma, Soura, Hirak and Brigade 52 in south of Hirak are liberated by the Army.

At the moment, complete control of the Army over Hirak is not confirmed nevertheless considering evacuation of the village by militia and artillery fire of Army, this village is liberated soon.

Operation of the Army in Daraa city and its suburbs against militia is resumed. It seems that the Army is trying to go around the city and put militia under siege inside city.

Russian fighters and artillery are supporting Syrian Army operation in south of Syria extensively and this is one of the reasons that militia are retreating fast from occupied lands.

Air support from Syrian army operations in the south