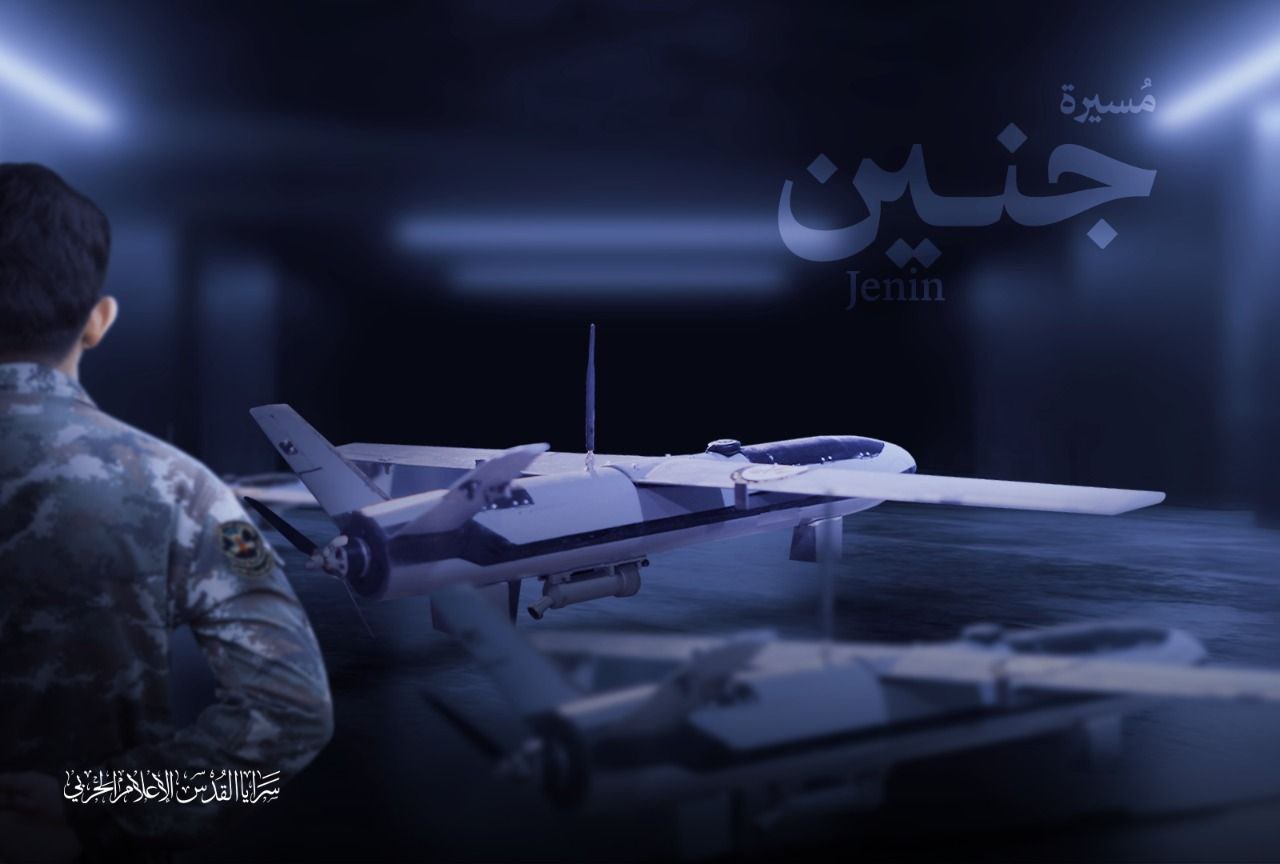 ISWNews Analysis Group: Abu Hamza, spokesman for Saraya al-Quds (Al-Quds Brigades), the military wing of the Palestinian Islamic Jihad movement, unveiled the “Jenin” drone in a speech on the occasion of Quds Day.

He said: “We live in the manifestation of the International Day of Quds, the day that Imam Khomeini (ra) called it as the beginning of the liberation of Jerusalem. The most important feature of Quds Day this year is the clarity of the enemy camp and arrogance.”

“The axis of Jerusalem has defensive and offensive capabilities that will make the enemy taste its bitterness.” We emphasize our fixed equation that any insult to Al-Aqsa Mosque means the beginning of a war with the enemy,” Abu Hamza said.

He continued his speech by greeting the Yemeni people and saying: “The Yemeni people have never left the Palestinian people behind. The forces of resistance send an undeniable message, and that is that the destruction of the enemy requires the flaming front of resistance.”

Abu Hamza emphasized: “Today, we unveil the Jenin drone that is used by our forces and our fighters continue to upgrade it inside the besieged Gaza Strip. We will keep our promise until the liberation of the whole land of Palestine.”

Read more: Appreciation of the spokesman of Al-Qassam Brigades for the leader of the Islamic Revolution