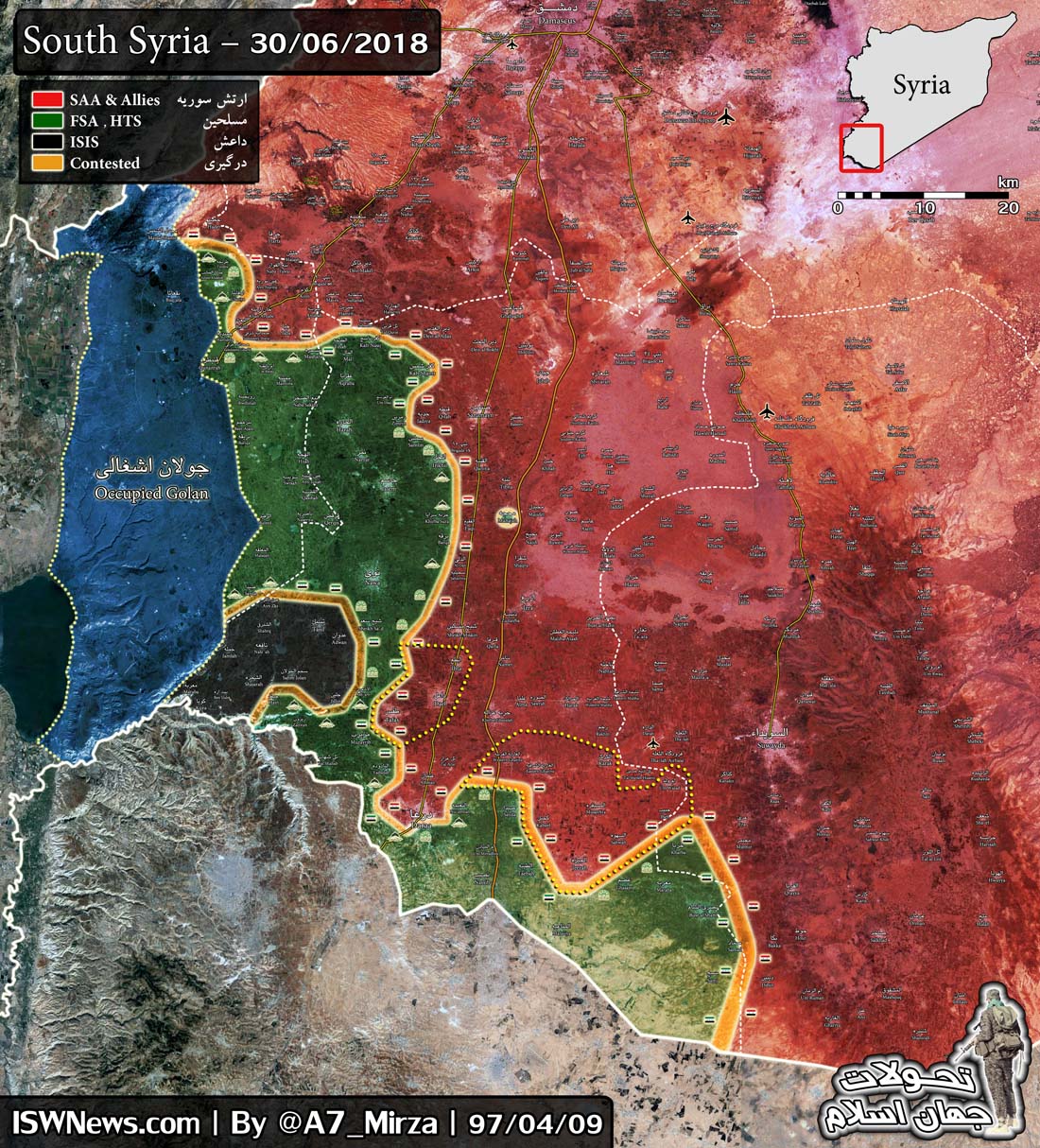 With advances of Syrian Army in Daraa governorate and negotiations, a big portion of lands are under control of the Government by agreement and evacuation of militia, among which are important towns Dael, Ibta` and Tafas.

At the moment of writing this news, Syrian Army is entering town Tafas.

Now that the Syrian Army and their allies operation is continuing in south of Syria, more villages demand negotiation and agreement on evacuation of militia.

The defense lines of militia in South are collapsed and with current situation, soon we will witness that all or most of southern lands are be liberated by the Government.