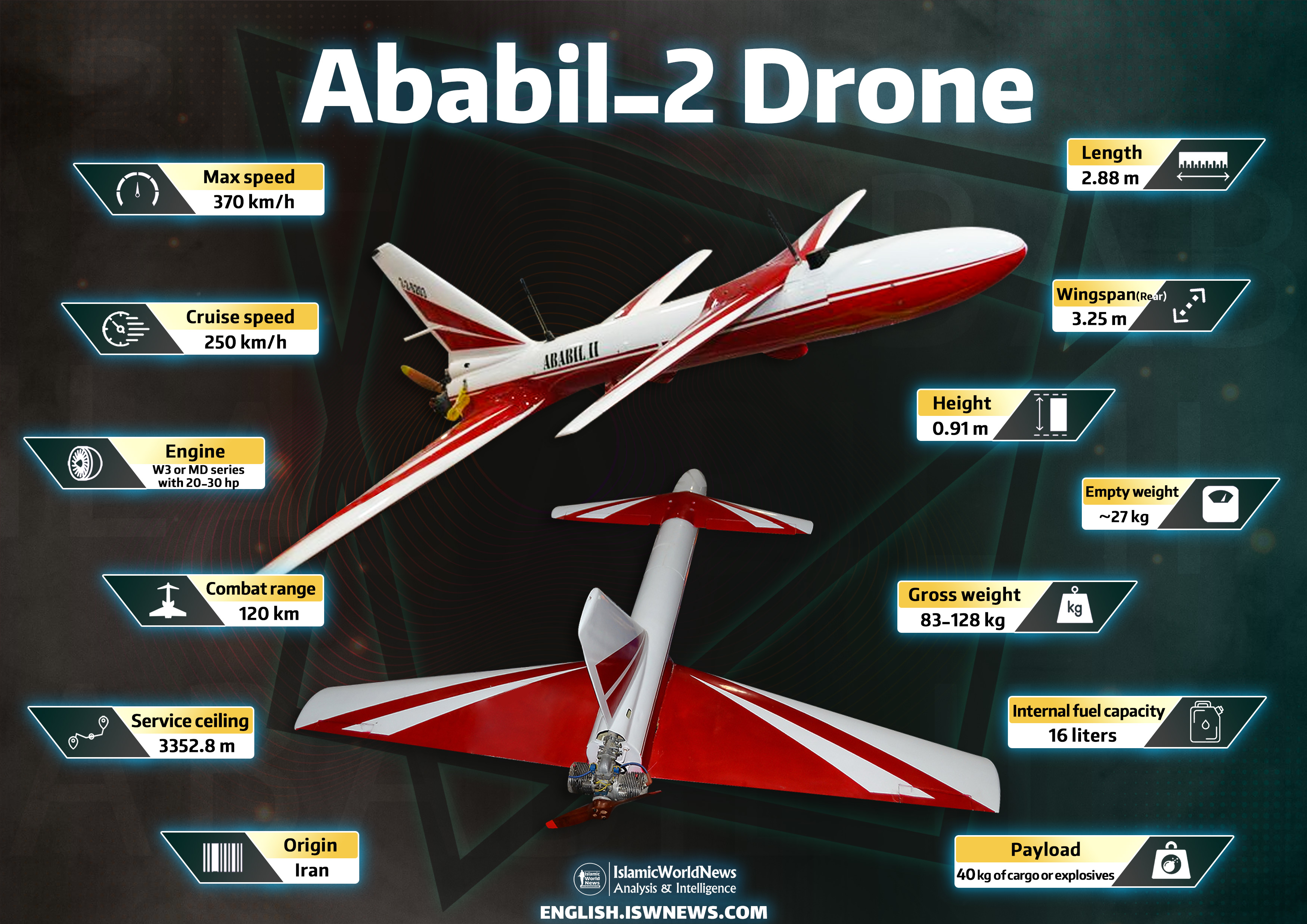 The Ababil series started operating in 1987. Ababil-1 was also used as a suicide drone during the Iraq-Iran war in 80s. Ababil-2 has been in mass production since 1991 by Iran Aircraft Manufacturing Industries (HESA) And since then entered the service of the Iranian Armed Forces.

The Ababil-2 drone does not need a runway to land and take off. The Ababil can be launched from a zero-length jet-assisted take-off platform or by a pneumatic catapult launcher with the help of a rocket attached to the end of the UAV. For landing and recovery, a parachute or skids can be used for conventional landings on a runway or field.

This drone with a high operating rate is a potential threat to a variety of enemy equipment from tanks, personnel and defense systems on the battlefield.

Guidance and control of Ababil-2 is done by the ground control center. In this case, the images are transmitted online to the control and command center. The newer Ababil-2 models are equipped with 123 system (automatic stabilizer) and GPS.
“123 System” is a new project in the electro avionics engineering department of HESA. This system provides features such as easy flight with more safety by non-professional pilots (in long and short range), automatic take-off and semi-automatic landing, planning and guidance on a desired route with the help of global navigation system, the possibility of disconnecting the control center from the drone and automatic operation of the drone, sending information from the UAV to control center in 17 separate channels, including information on engine speed, ascend and rotation angles, fuel quantity, battery voltage, altitude, and travel speed for Ababil-2.

Two Ababil-2 models have been observed to date that also have different engines. The difference in appearance of these models is in the tail, the first model has a vertical tail attached to the main body and the second model has two identical vertical tails on the rear wing.