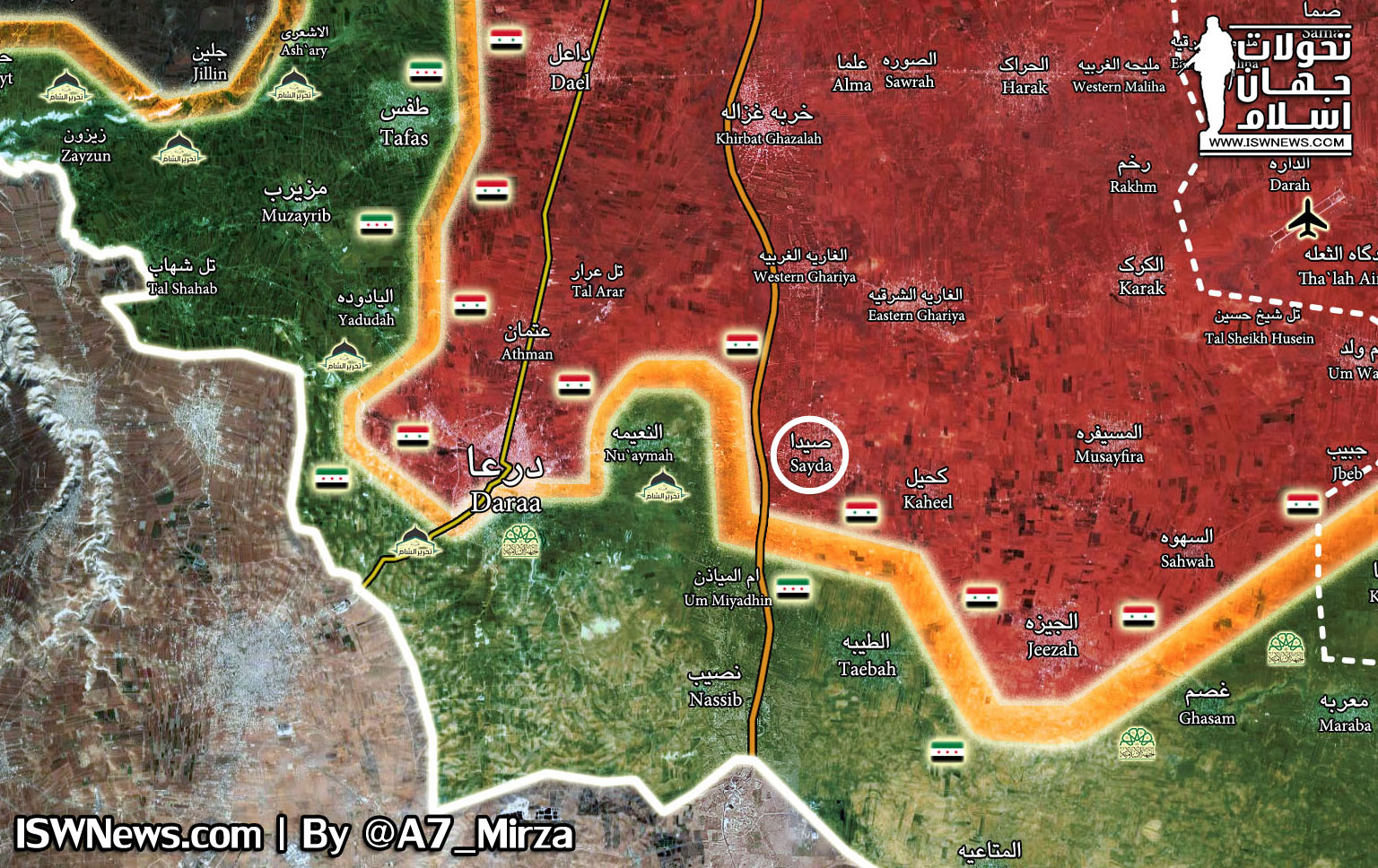 Islamic World News Analysis Group: Following up the advances of SAA in Daraa province, the village of Saida was cleared of militias.

Right now, the villages of Na`imah, Um al Mayazin, Taibah are under supervision and heavy fire of Syrian Army.

Also, town of Tafas and its habitants which they were about to implement the compromise, couldn’t complete the compromise process because of intervention of militias, and once again this town is under the control of militias.

Hence the ground clashes in different pivots around Tafas continue, and militias positions inside the city is under fire of artillery and warplanes of Syrian army.

On the other hand, compromise talks in other parts of southern Syria is ongoing and militias of Busr al Sham after accepting the compromise, are giving up they medium and heavy weapons to SAA.