Liberation of Important Village of Na`yimah in Eastern Daraa and Deployment of SAA Forces in Border of Jordan After Three Years. 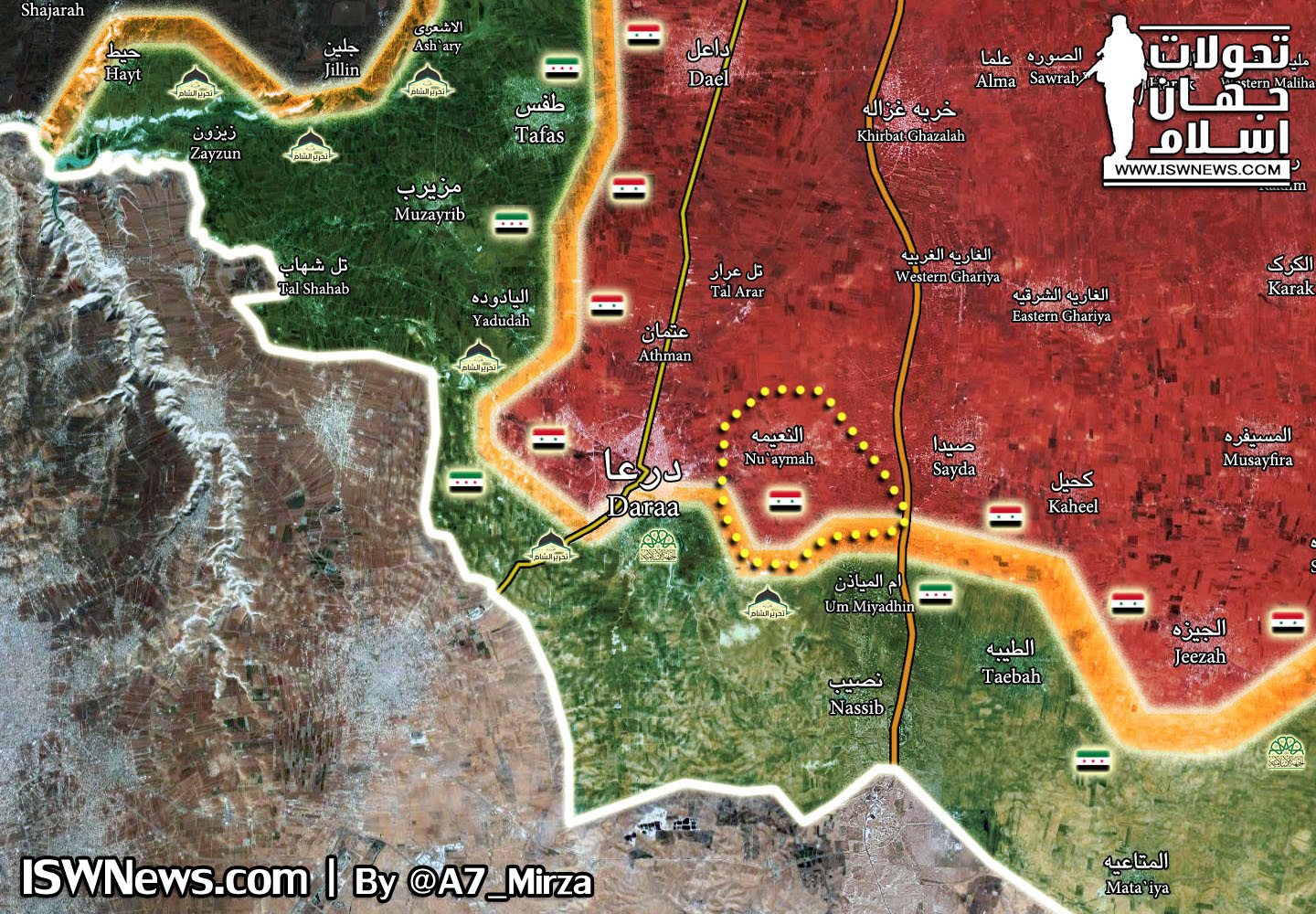 Islamic World News Analysis Group: SAA managed to liberate the important village of Na`yimah located in east of Daraa which is one of the main bases for militias in Daraa province.

Yesterday, village of Saida was liberated and today, following these advances, village of Na`yimah and military bases around this village and also the grain silos located in south of this region, were liberated from the hands of militias.

Right now, SAA’s forces are deployed in border crossing road of Nassib and militias inside the Daraa city are seriously feeling the threat of getting surrounded.

On the other side, other SAA’s units, with the help of military police of Russia, after the fall of border crossing of Nassib which led to complete retreat of SAA forces from Jordan borders in Daraa prvoince; with being deployed in border post(point) 71, have returned to Jordan borders.