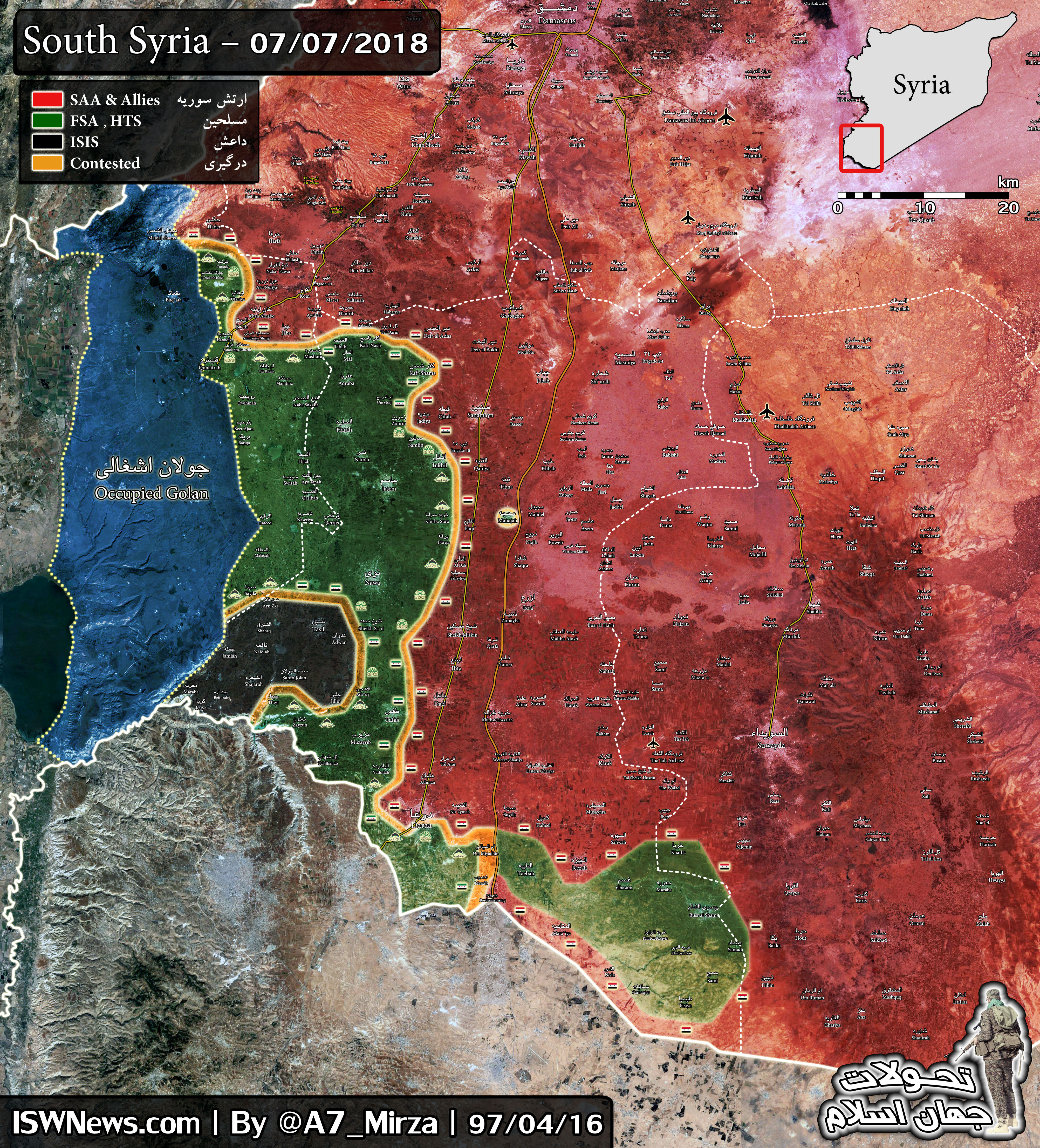 Islamic World News Analysis Group: Yesterday, after liberating all the border posts in southeast of Daraa province and deployment of SAA forces in these posts, The Syrian Army has retaken the control over border crossing of Nassib, after three years.

In maps which were published by pro-government medias, it is shown that all the areas of southeast Daraa including the important town of Bosr Al-Sham, is in control of Syrian government; yet the SAA forces didn’t enter these points.

Yesterday, Syrian medias said that the new agreement in Bosr Al-Sham & southern regions of Daraa, similar to those that happened in northern Homs & eastern Ghouta, is being implemented; this news is published while almost from last week the militas of Bosr Al-Sham have agreed to left the city and give up their heavy & medium weapons, and the process of leaving the city gradually, was started.

Following these incidents and compromises with militias of this region, yesterday The SAA forces with the help of military police of Russia, managed to take control over all the border posts of southeast Daraa, and the border crossing of Nassib was given to Syrian Army.

Liberation of Nassib border crossing, is an important change in favor of Syrian government in south of Syria, and it will have important political & military impact on Syria.

It needs to be mentioned that the compromises of southeast Daraa have been implemented, and regions that are located in west & southwest of Daraa, and Quneitra are not included in these compromises. In fact the militas of these regions themselves, have rejected any compromise deal, and with relying on support of Israel, are tumbling in compromises & doing military operation against Syrian Army.

Yesterday, militants have initiated a new operation in Quneitra, the town of Ba`th, Jaba village and region of Tal Kroum is the pivot of this operation. They faced the heavy response of Syrian Army & their operation failed.

Right now sporadic clashes are going on in most of southern Syria pivots, including around of Tafas town.