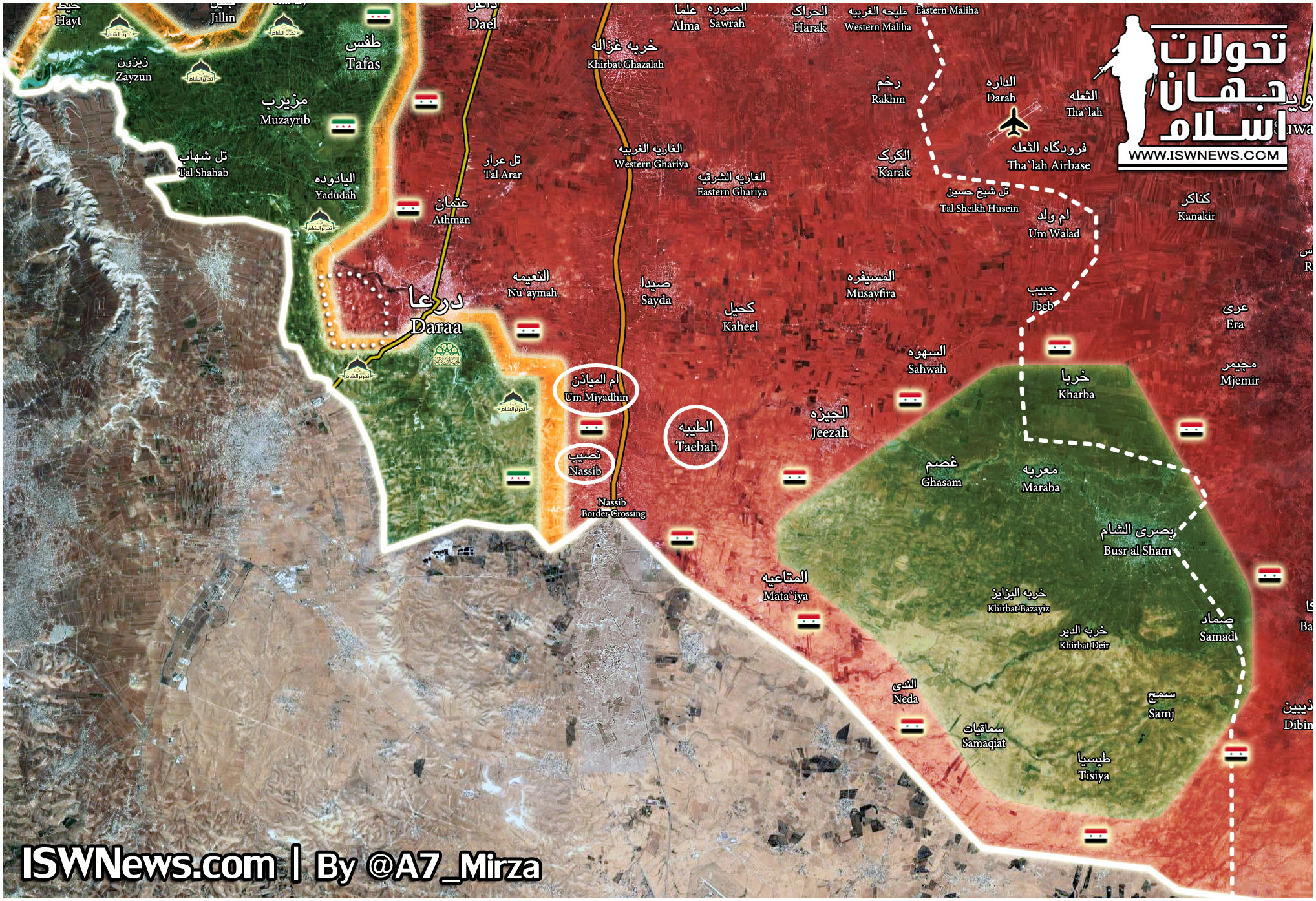 While the process of militia of Bosr al Sham disarming is continuing by Syrian Army in southeastern parts of Daraa governorate, Syrian Army by entering villages Taibah, Nassib and Um al-Mayadin takes control of these lands and liberates the entire highway.

On the other hand after several days of operation in west of Daraa city, Syrian Army could successfully reclaim air defense base in the region and stabilizes its control over Tal Zumaytiya height.

The importance of this region is that the connection between militia inside Daraa city and militia in southern parts of Daraa with other militia in western Daraa is cut or is under Syrian Army fire and this means Daraa city is going to be liberated soon.