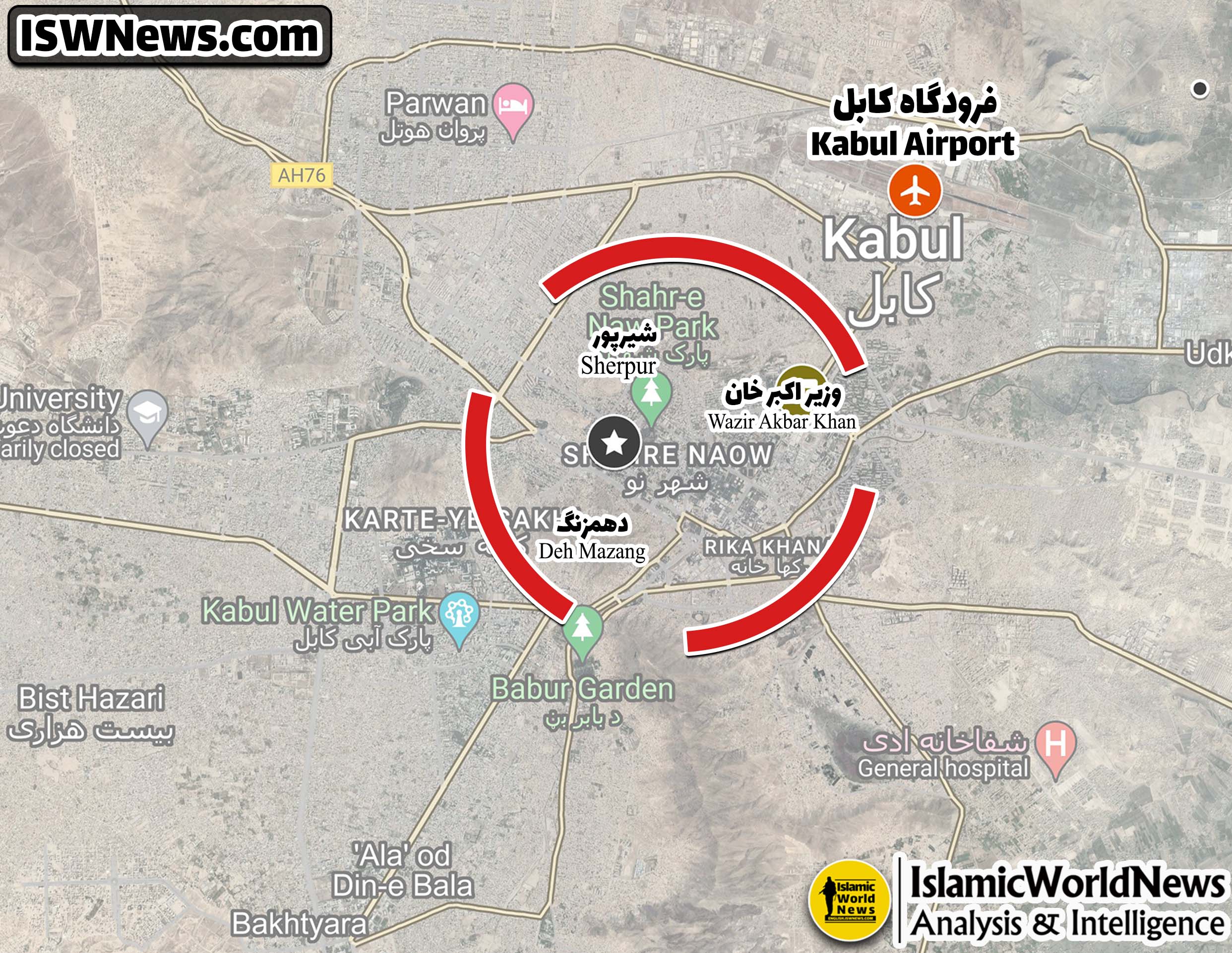 ISWNews Analysis Group: According to local sources, attacks by unknown drones on several points in the third and tenth districts of Kabul, the capital of Afghanistan have led to several heavy explosions.

On the morning of Sunday, July 31, several explosions shook the areas of Sherpur and Wazir Akbar Khan in the 10th district and Deh Mazang located in the 3rd district of Kabul city. Some local sources believe that the Pakistani army aircraft have attacked three places belong to Tehreek-e-Taliban Pakistan (TTP) militants, and some other local sources have reported the observation of American drones in the sky of Kabul and attributed these explosions to US airstrikes.

On the other hand, Rahmatullah Nabil, the head of the national security of the previous government of Afghanistan, quoted from the same sources, confirmed the US airstrikes on Kabul and said: “According to the Doha agreement, the US will help the Taliban in fighting and suppressing ISIS. According to local sources, American drones were seen in the sky of Kabul this morning and attacked different areas in Kabul city. Most likely, the targets of these attacks were ISIS hideouts. The Taliban must know that if they do not support the Afghans, their government will not last long. They cannot run the country and there is a great risk of turning Afghanistan into a haven for extremists.”

The flight of unidentified drones over Kabul and other Afghan cities is a topic that has been repeated many times since the beginning of this year. These drones have previously attacked the Shurabak base in the northwest of Lashkargah city, the Tohidabad base and the Haydarabad base in Ghazni city, and so far there is no reliable details about the cause and origin of these attacks.

Read more: Ayman al-Zawahiri, the leader of al-Qaeda, was killed! What will be the possible consequences of this assassination?