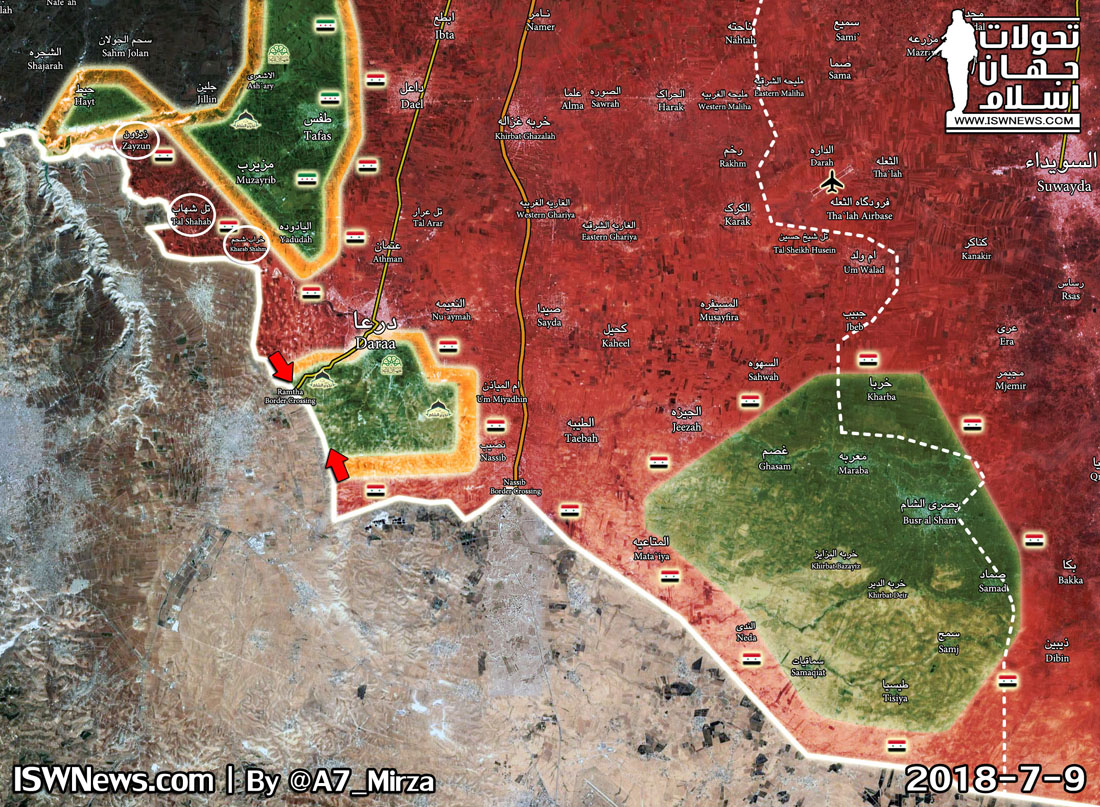 Today, 27 new border points ( from point 36 to point 62) were liberated in southern Daraa.

Also the militias of FSA retreated from those four mentioned villages above, and so the SAA managed to spread its control in these regions.

Right now, the advances of SAA on Jordan border continues in order to reach to border crossing of Ramtha and to complete the siege on militas in second pocket, and most probably by the end of the day all the remaining border points, except regions that are under the control of ISIL, will go under the control of SAA.

Now all border points in southern Daraa are under SAA control except the ISIS areas.