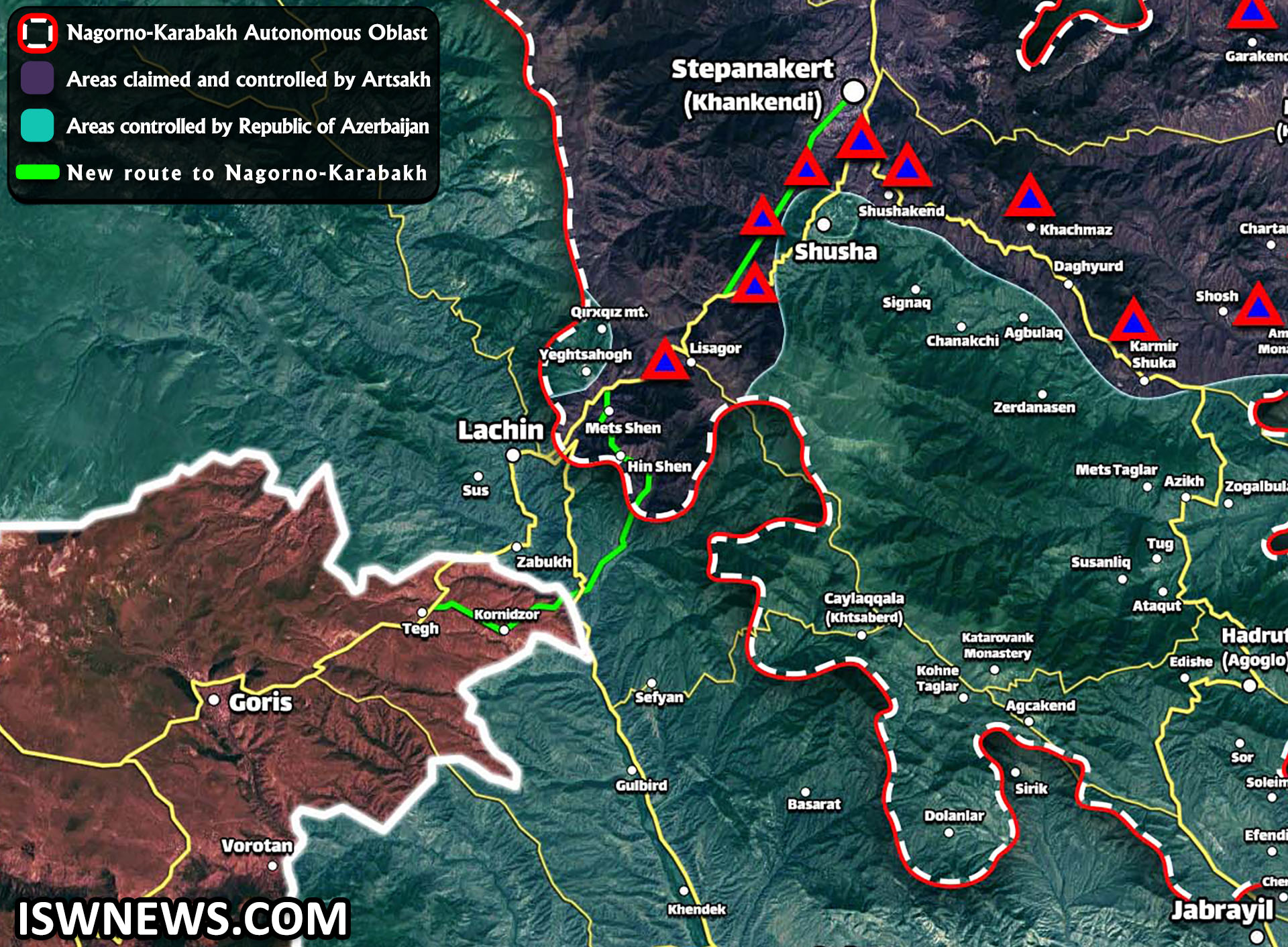 ISWNews Analysis Group: On August 26, the Republic of Azerbaijan Army officially took over the Lachin region and the villages of the old route of Lachin Corridor to Nagorno-Karabakh from the Russian peacekeeping forces.

The operation to hand over Lachin area to Azerbaijani forces was planned for Thursday, August 25, but the Russians allowed the Azerbaijani army to enter this area with a delay of one day.

Ilham Aliyev has also confirmed this issue on his official pages. The state-run media of this country, as usual, use a triumphant tone to announce the entry to Lachin but refuse to broadcast pictures of the permission and entry through the Russian military posts.

Russian peacekeeping forces entered the newly constructed road of Armenia to Nagorno-Karabakh (green road on the map) and will create a perimeter of 2.5 kilometers around it. From now on, the residents of Nagorno-Karabakh will travel to Armenia through this new route.

Armenia’s Yerevan Today wrote about the handover of Lachin: “Pashinyan handed over Berdzor (Lachin) to the Turks (Azerbaijan) without firing a shot.”

Yesterday, a rally against Russia took place in Yerevan and protesters protested the handover of Lachin. Armenian police have arrested a number of organizers of this rally, including a number of bloggers. During the past days, Yerevan’s Republic Square has become a place for protests against the Prime Minister of Armenia, and the opposition and people who have returned from Lachin, as well as other people, have participated in these protests.