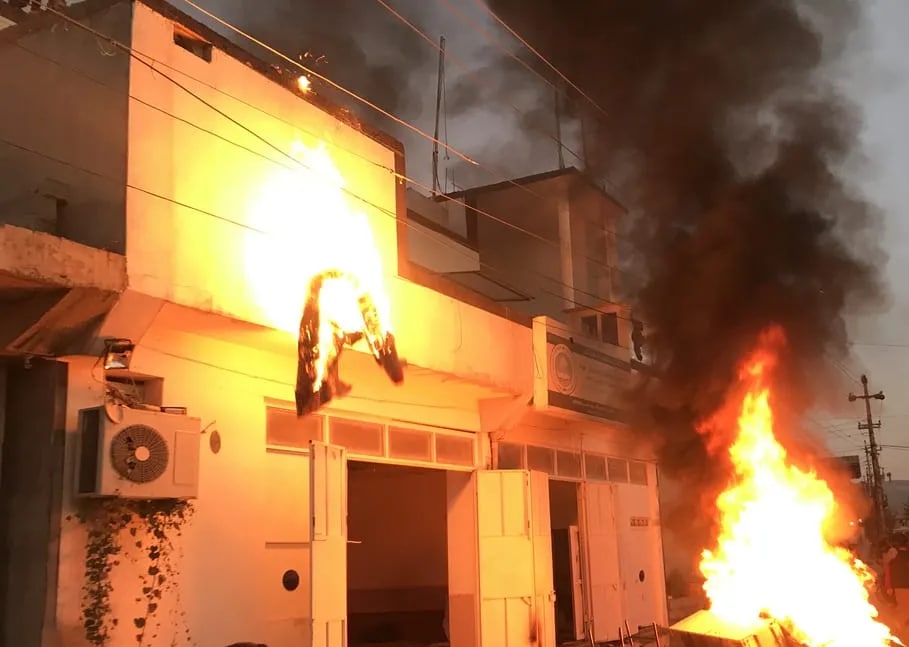 ISWNews Analysis Group: Following the Saraya al-Salam attempts to assassinate one of the Asaib Ahl al-Haq commanders in Basra city, four militia members from both sides were killed.

Early on September 1, despite the end of the recent riots in Baghdad and the reduction of tensions, the forces of Saraya al-Salam, affiliated with Muqtada al-Sadr attempted to assassinate one of the Asaib Ahl al-Haq commanders in the city of Basra, But the Asaib Ahl al-Haq forces neutralized the terror operation with their vigilance and two militia members of Saraya al-Salam were killed during the exchange of fire.

On the other hand, Iraq’s security information unit, in a strange move, denied the occurrence of these clashes and announced that what happened in Basra was related to a criminal case! And the security forces have arrested some of the suspects of this incident and the process of investigation on this criminal case has started.

It seems that despite the failure of Sadr’s projects and goals in recent weeks, the militants affiliated to Muqtada Sadr are seeking to create chaos and increase tensions by inciting rivals and opposition groups. These dangerous actions must be controlled and neutralized by the security forces as soon as possible before the chaos and conflicts spread to different regions of Iraq. It is also necessary for Muqtada Sadr, as the leader of the Sadr Movement, to clearly state his position on this type of actions and take measures to control the forces under his command!