New conflicts between Armenia and the Republic of Azerbaijan + Map 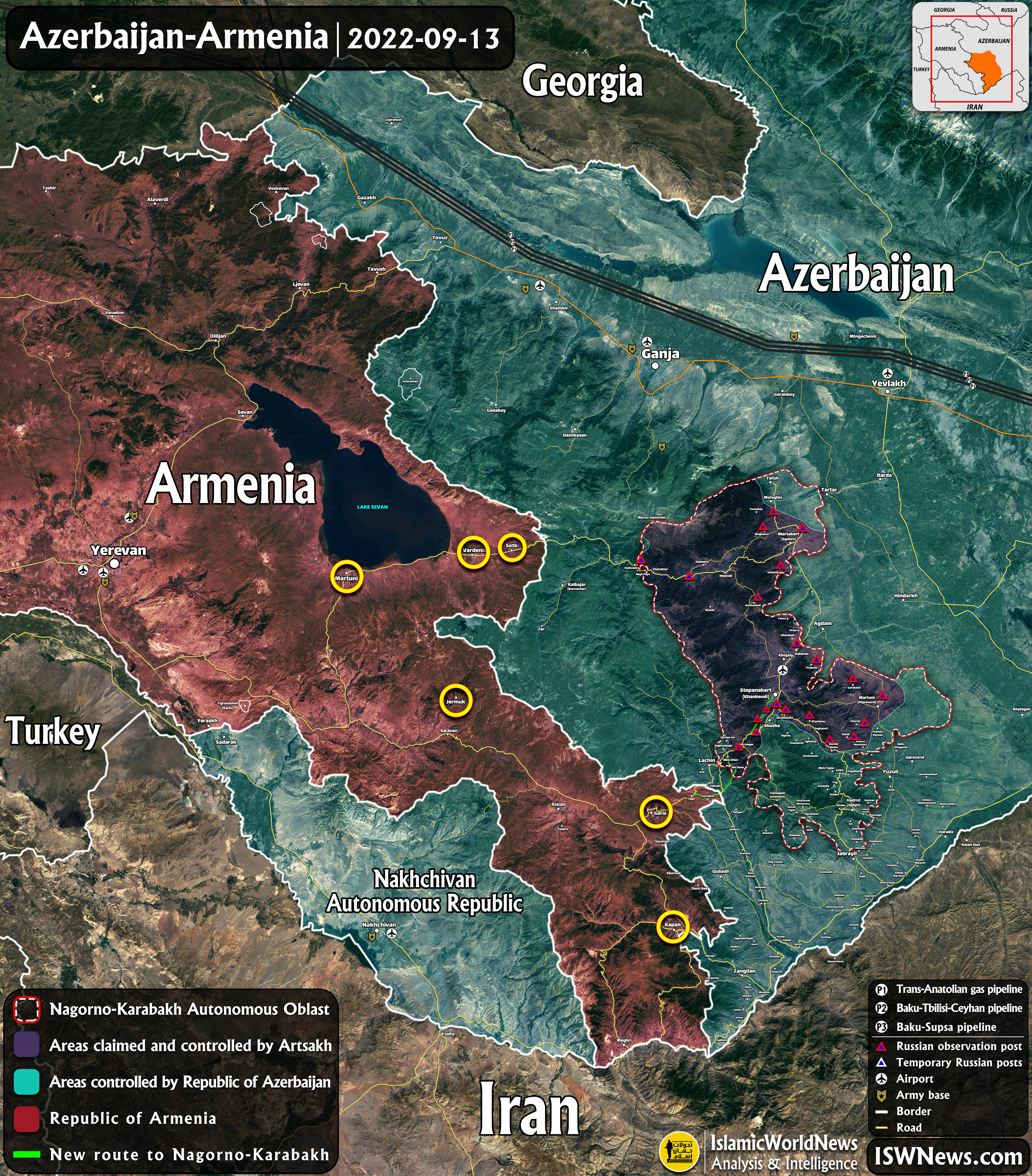 ISWNews Analysis Group: Since the last night, a new round of tensions and conflicts between the Republic of Azerbaijan and Armenia has begun; Conflicts which cause is not known and each side accuses the other of violating the ceasefire.

According to the available information, from last night until this morning, the artillery of the Azerbaijani army has bombarded the areas of Sotk, Jermuk, Vardenis and Goris. It is also said that the Azerbaijani army attacked a target in the city of Martuni inside the territory of Armenia using a suicide drone.

There are also news about the entry of the Azerbaijani army into the territory of Armenia, which is not true and cannot be confirmed.

Last night, the Azerbaijani media reported the violation of ceasefire by Armenia on the border lines between the two countries and the Karabakh region. Following this news, some Azerbaijani social networks announced the implementation of the construction of the new Zangzor corridor from Nakhchivan and the sending of 12 military cargo planes full of equipment from Turkey to the Azerbaijani armed forces.

In a statement, the Ministry of Defense of the Republic of Azerbaijan announced the destruction of an Armenian military unit, a radar station and two S300 anti-aircraft missile systems.

On the other hand, Armenia accuses the Azerbaijani army of violating the ceasefire. Armenia has announced that the drones of the Azerbaijani army attacked the Zangzor military unit in Armenia. Armenian Prime Minister Nikol Pashinyan said that at least 49 Armenians were killed in the conflict with Azerbaijan.

Armenian media reports the evacuation of a number of villages in Kapan and Goris regions. According to the information of the media of both sides, the Azerbaijani army and the Armenian army have mobilized their forces on the border lines and there is a possibility of more battles.

In this regard, the Armenian government has announced that Nikol Pashinyan, the Prime Minister of this country, has announced the details of last night’s clashes with the Republic of Azerbaijan to Russian President Vladimir Putin over the phone.

Although the Ministry of Defense of Russia announced the beginning of the ceasefire between Armenia and Azerbaijan at 9:00 am today, tensions in Karabakh are still high. France has asked the UN Security Council for an urgent meeting regarding the tension on the border between Azerbaijan and Armenia.