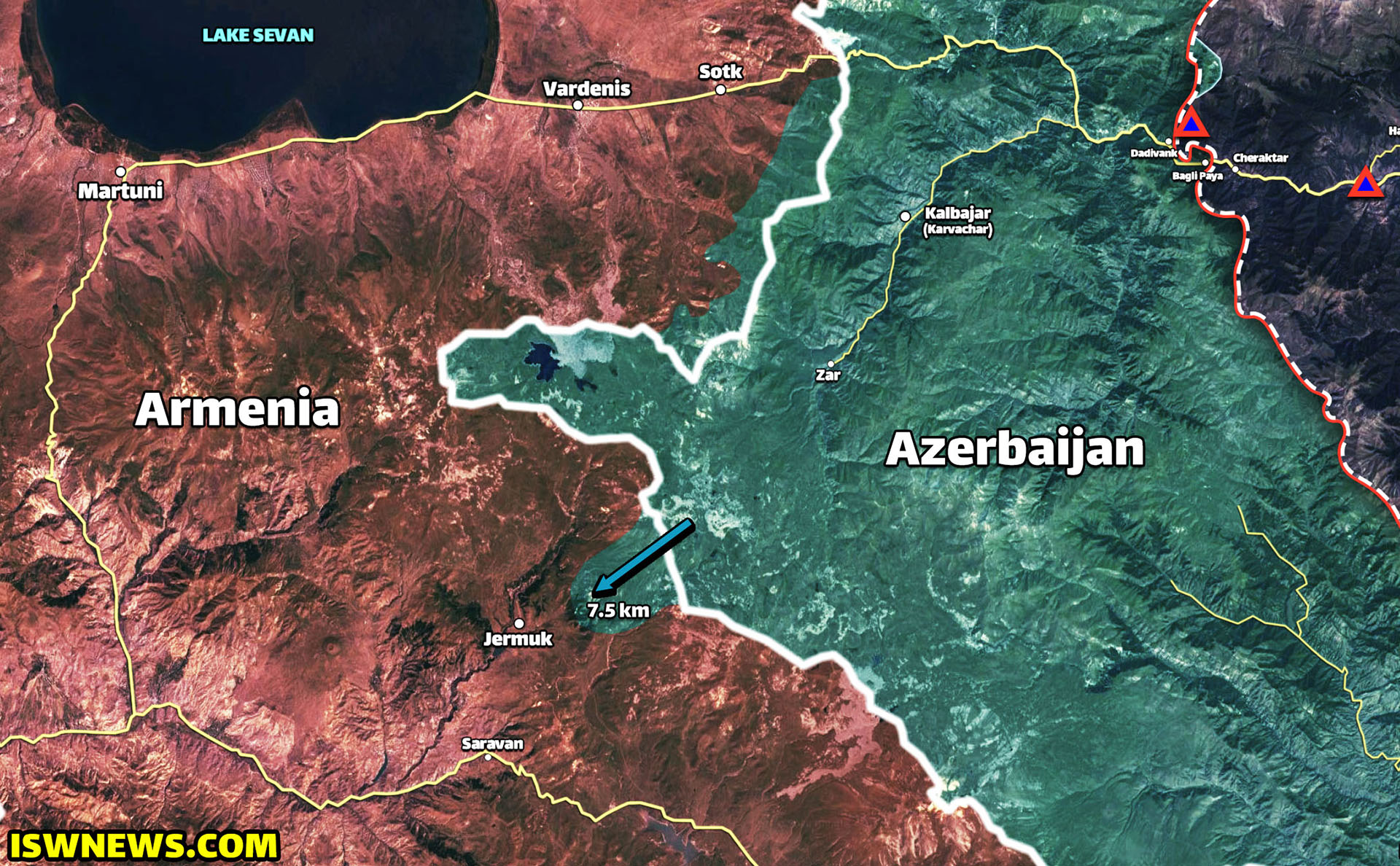 During the border clashes, the Azerbaijani army managed to penetrate deep into defense positions of Armenia by capturing 7 military positions. Edvard Asryan, Chief of the General Staff of the Armenian Armed Forces, during a visit to the Jermuk region, admits that Azerbaijan has advanced and several positions have fallen: “The Azerbaijani army, due to superiority in personnel and firepower, have advanced in an area with a width of 8.5 km and a depth of 7.5 km near Jermuk, which have been stopped by defensive measures.”

Also, the people of Sotk town have quickly evacuated their houses due to the advance of the Azerbaijani army. Residents of Kut and Norabak villages near Sotk have also been displaced.

In the map below you can see the progress of the Azerbaijani army and the occupied areas of Armenian territory in the Jermuk area.

Allegation of war crimes by Azerbaijan

The head of the Joint Chiefs of Staff of Armenia accuses Azerbaijan of war crimes and states: “The heads, arms and legs of Armenian soldiers were separated from the bodies.” However, Azerbaijani media say: “The military court examined the bodies of 32 Armenians and found no signs of torture.” The bodies of 95 other soldiers were also handed over on September 20 through the mediation of Russia.

Armenian sources report the death of 141 soldiers, but the Azerbaijani side has estimated 400 Armenian casualties. Azerbaijan’s state television has also announced the presence of five Armenian soldiers who were captured and will be released soon through the mediation of Russia.

Read more: Continuation of border conflicts between Azerbaijan and Armenia