Continuation of border conflicts between Azerbaijan and Armenia 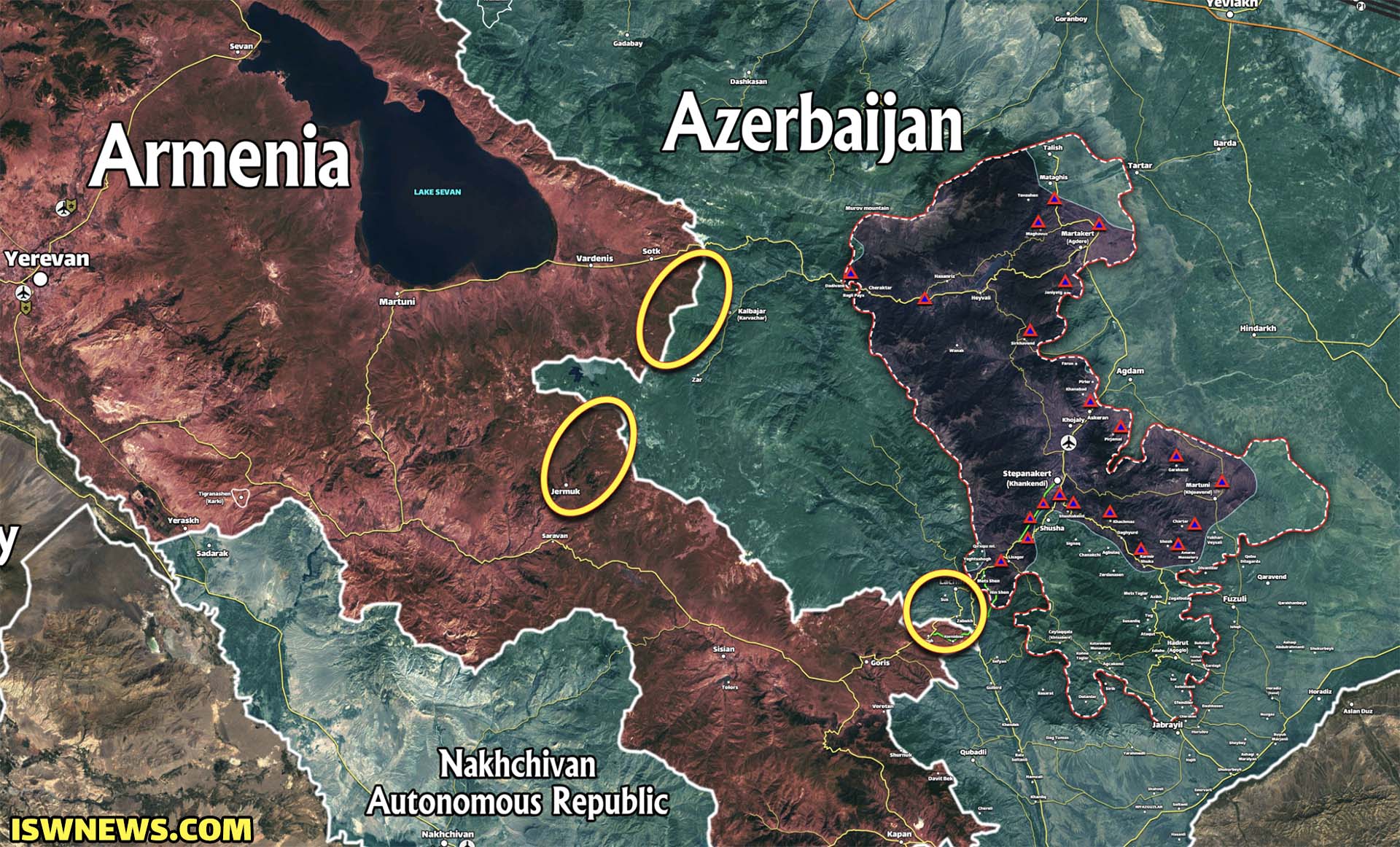 ISWNews Analysis Group: In continuation of the tensions in the Caucasus region, last night and this morning, Azerbaijani artillery targeted the positions of the Armenian forces in the border areas of Kalbajar, Lachin and Armenian territory.

The Azerbaijani army has published a statement and accused Armenia of violating the ceasefire in the Kalbajar and Lachin axes and has again used this issue as a pretext for artillery and airstrikes on Armenian positions. The Armenian Ministry of Defense also confirmed the attacks of Azerbaijan and announced that the Azerbaijani army has again used drones to target Armenia in Jermuk region.

Tensions continue in Karabakh and the borders of the two countries while Russia announced the beginning of a ceasefire between Azerbaijan and Armenia yesterday. However, it seems that Russia’s measures to reduce tensions are useless and the parties involved, especially Azerbaijan, do not adhere to the ceasefire.

Therefore, Russian President Vladimir Putin has announced to the CSTO (Collective Security Treaty Organization) that Russia will take further steps to reduce tensions on the borders of Azerbaijan and Armenia. The special envoy of Russia, Igor Khovaev, will also travel to Baku and Yerevan to meet the officials of the two countries.

The government of Baku is still seeking for the creation of a corridor known as the Zangezur Corridor to connect the main land of the Republic of Azerbaijan to Nakhchivan, and in the meantime, any tension in the Karabakh region and the borders of the two countries is used as a pretext for launching attacks and intensifying tensions and conflicts in this region, so that if the situation becomes acute, it can use this issue to carry out a final and big operation to achieve its goal.

Read more: New conflicts between Armenia and the Republic of Azerbaijan + Map