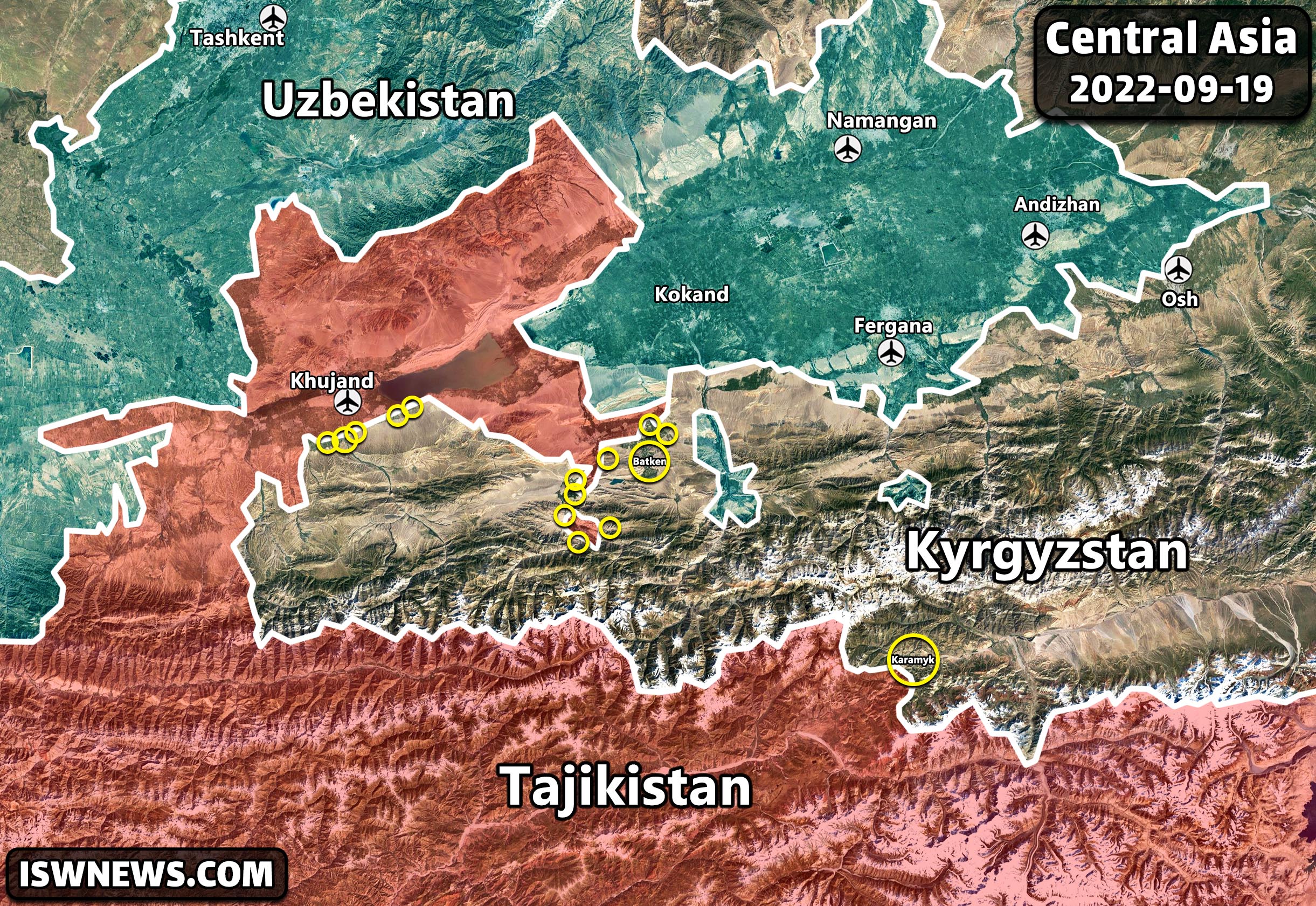 ISWNews Analysis Group: Despite the establishment of a ceasefire between Kyrgyzstan and Tajikistan, heavy conflict continues on the border areas of Batken and Sughd provinces.

After establishing diplomatic contact between the governments of Tajikistan and Kyrgyzstan on September 16th, the two countries agreed to establish a ceasefire starting at noon of the same day, but this agreement did not last long and the exchange of fire continued. At the same time as the conflict increased, the Tajik army moved BM-21 Grad rocket launchers to the border with Kyrgyzstan and attacked Kyrgyz military positions and Batken Airport several times.

On the other hand, Kyrgyzstan has attacked the equipment and gatherings of the Tajik forces using its unmanned aerial vehicles (Bayraktar TB2). The ground conflict has also led to the destruction of the Ak-Say border bridge and several tanks and armored vehicles from the forces of both sides.

According to the Ministry of Health of Kyrgyzstan, since the beginning of the border conflict with Tajikistan, 59 people have been killed and more than 150 people have been injured. The Kyrgyz government also claims that these conflicts have led to the evacuation and displacement of more than 137,000 civilians. Tajik media also quoted the Ministry of Health of this country as saying that 24 people died and more than 121 people were injured.

Currently, the United Nations, Iran, Russia, US and other foreign countries have called and sent messages to the leaders of the two countries, calling for an end to the conflicts and solving the border disputes through dialogue, but the border conflicts continue regardless of these requests.