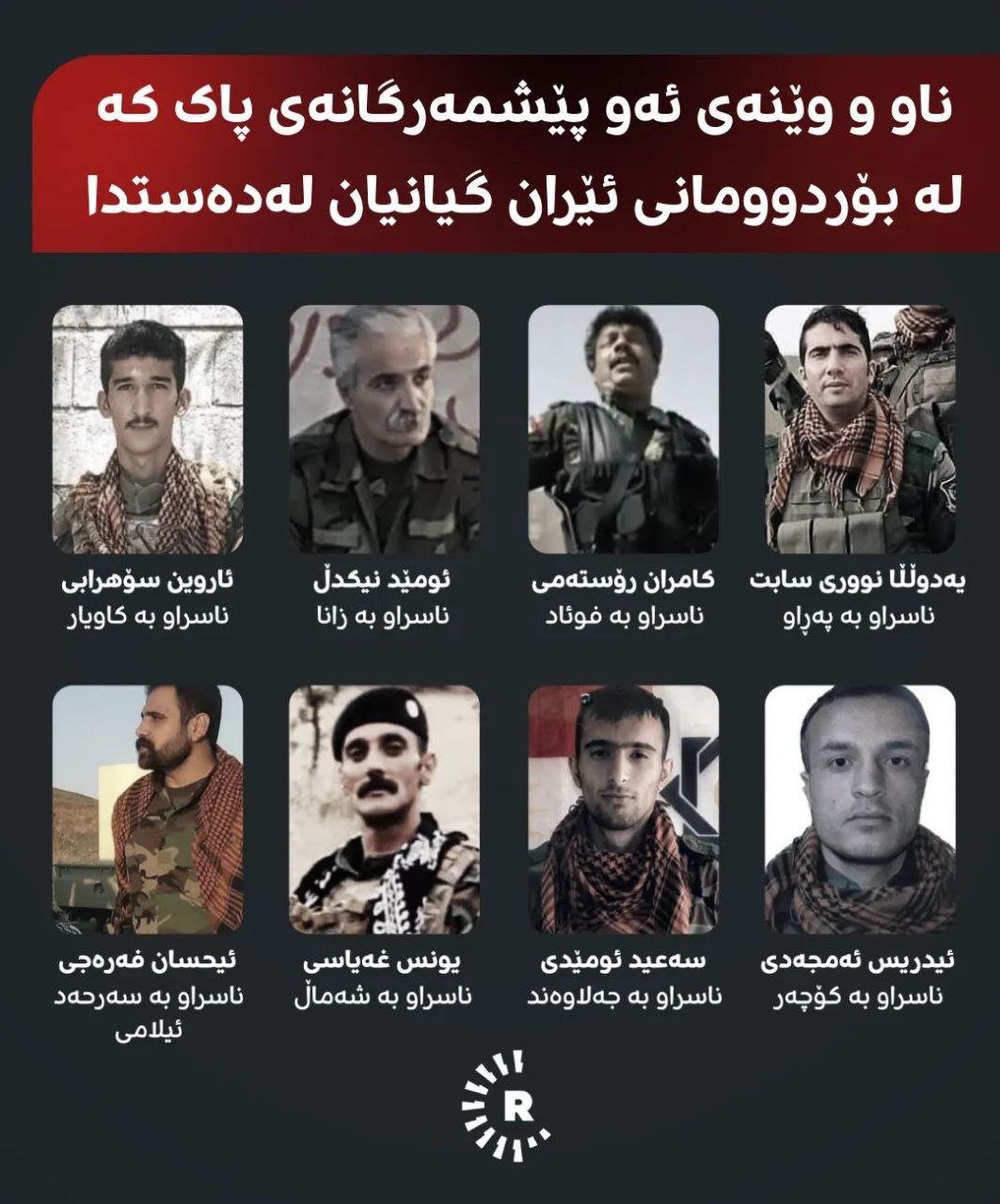 ISWNews Analysis Group: Following the missile and drone attacks of the Iranian Armed Forces against terrorist groups in the Kurdistan region of Iraq, 15 militants have been officially killed so far.

The Iraqi Kurdistan Region media published the pictures of 8 members of the Kurdistan Freedom Party (PAK) who were killed in the recent drone and missile attacks of the Iranian Armed Forces. With these 8 militants and 7 others from the Kurdistan Democratic Party of Iran (KDPI), the terrorist groups in the Kurdistan region of Iraq have officially admitted death of 15 of their forces.

Now, six days have passed since the start of missile and drone operations by the IRGC and the Islamic Republic of Iran Army, and the positions of the terrorist groups Komala, KDPI, PAK, PJAK and PKK in different regions of the Iraqi Kurdistan region are still under heavy fire from Iran.

The new round of Iran’s attacks against terrorist groups in northeastern Iraq began after these groups took advantage of the recent protests in Iran to enter sabotage teams and a large amount of weapons into Iran’s soil And they intended to carry out terrorist operations in Iran. Therefore, these activities were met with a strong reaction from the Iranian armed forces, and their positions were targeted in different parts of the Iraqi Kurdistan region.

So far, the heads of some countries such as the United States of America, France, Saudi Arabia and the Iraqi government have condemned Iran’s attacks against terrorist groups and demanded that Iran stop the attacks.

On the other hand, at the same time as these attacks, Turkish fighter jets also bombarded the positions of terrorist groups in Bradust Mountain in the northern Kurdistan region of Iraq.