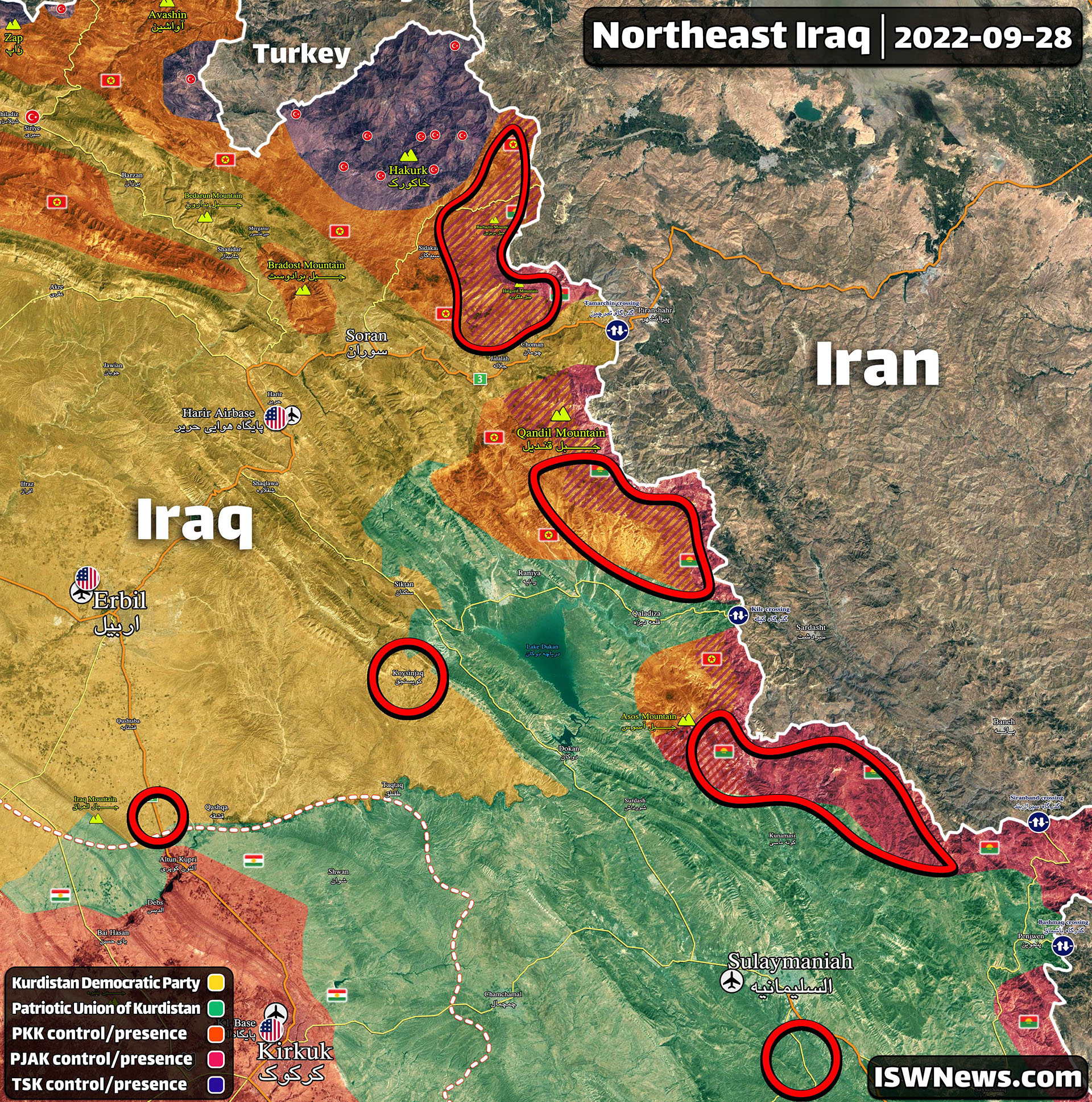 The positions of the terrorist groups of the Democratic Party of Iranian Kurdistan (KDPI), Komala, PJAK, etc. in the northeast of Iraq have been under artillery and drone attacks of the Islamic Revolutionary Guard Corps for the fourth consecutive day.

Based on the available information, in the last four days, the headquarters and camps of the terrorist groups of the KDPI around the city of Koysinjaq, the groups of Komala and PJAK in south of Erbil and north of Sulaymaniyah, and PEJAK and PKK in the Sidekan region have been targeted.

The Iranian Armed Forces have used suicide drones (Shahed-136), artillery rockets and ballistic missiles in these attacks. The intensity of the attacks has been such that the authorities of these groups have admitted that some of their members were injured and killed. Kurdistan regional media reports that 10 people were killed and more than 24 others were injured, citing the Ministry of Health of Iraqi Kurdistan.

It is worth mentioning that the new round of Iran’s attacks against terrorist groups in northeastern Iraq began after these groups took advantage of the recent protests in Iran to enter sabotage teams and a large amount of weapons into Iran’s soil And they intended to carry out terrorist operations in Iran. Therefore, these activities were met with a strong reaction from the Iranian armed forces, and their positions were targeted in different parts of the Iraqi Kurdistan region.

The attacks against terrorist groups continue and the Iranian authorities have not commented on the results or the end time of these attacks.

The Iranian Armed Forces had previously warned the Iraqi government and the authorities of the Kurdistan Region of Iraq about the terrorist and illegal activities of the aforementioned groups and had announced that if the Iraqi government and the Kurdistan Region did not take the necessary measures to contain and prevent the terrorist activities of these groups, Iran reserves the right to act against these terrorist groups and suppress them with the strictest necessary measures.