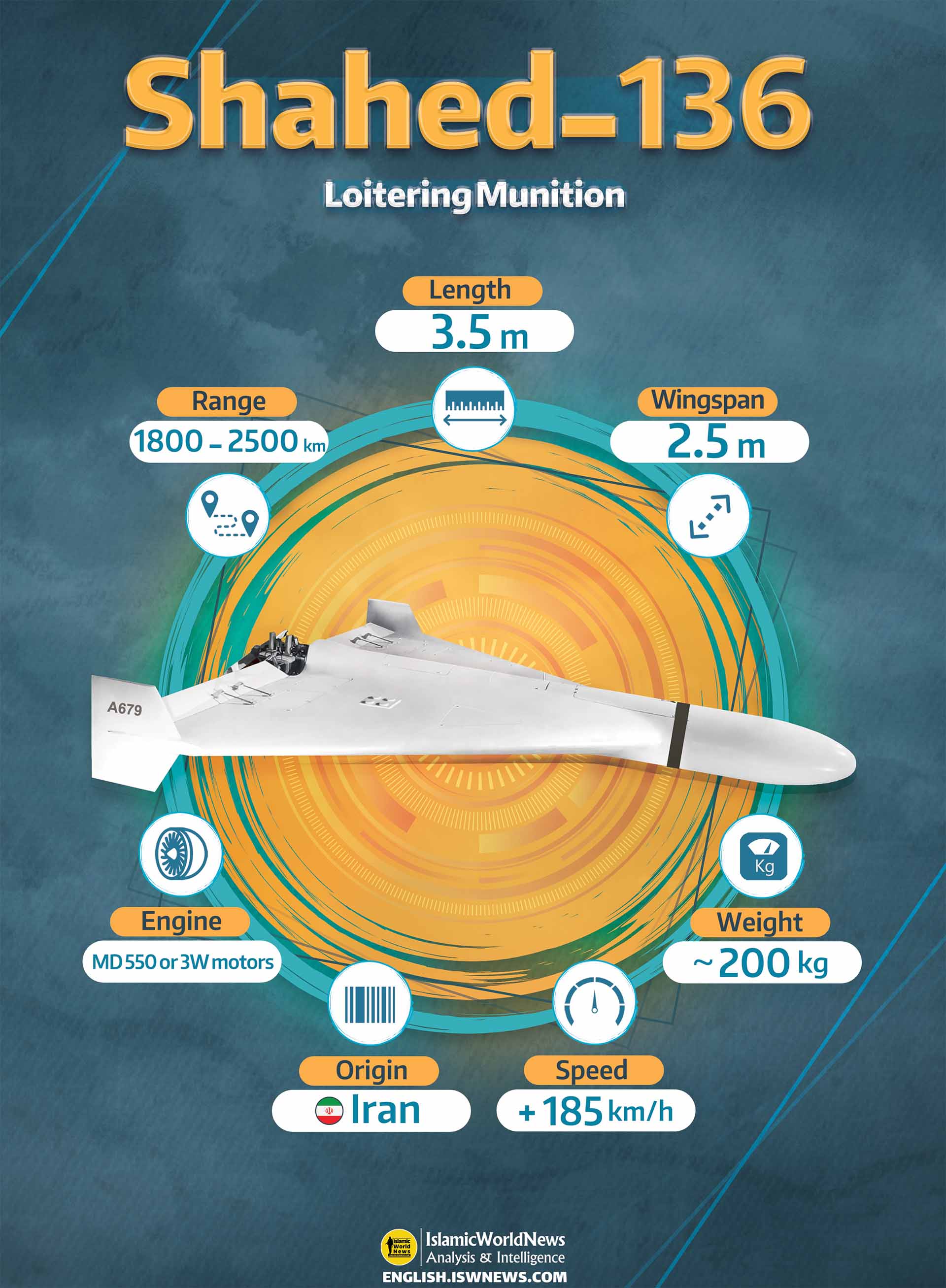 Shahed-136 loitering munition known as ‘Aramco Killer’, which targeted Aramco facilities with high accuracy, And recently, images of its excellent accuracy were published in the ‘Great Prophet 17’ exercise, has raised a serious question among military enthusiasts and experts about how the drone works. In the following, we will provide answers to this question by examining the evidence.

In the ‘Great Prophet (PBUH) 17‘ exercise for the first time, close-up images of Shahed-136 suicide drone and its performance were shown publicly. As part of the exercise, Shahed-136 suicide drones launched from a pod or a rack with five launcher, hitting its targets with exemplary accuracy. This phenomenon attracted many comments but where does this high accuracy come from?

In some parts of the video released from the exercise in some frames, it seems that the color and amount of light reflection from the nose of the drone is different from the body, which can indicate the use of an infrared nose (IR Dome).

Due to the fact that the nose color is milky in color, it seems that ZnS sulfide (without applying hot isostatic pressing process) or magnesium fluoride is used in the manufacturing process to reduce the manufacturing cost. These materials are capable of transmitting infrared spectrum and largely absorb the visible spectrum. This feature could mean using a standard camera sensor that detects only the near-infrared (NIR) spectrum by absorbing the visible light spectrum through the infrared nose. (Visible camera sensors have the ability to detect near-infrared spectrum)

Considering the defense policies of the Iranian Armed Forces, weapons such as suicide drones should be as low-cost as possible, and using conventional/standard camera sensors instead of expensive infrared sensors is fully consistent with this strategy. Of course, it is possible to use infrared sensors in the MWIR and SWIR spectrum for night operations, and radar nest detectors for suppression operations of enemy defence systems.

Also, it is noteworthy that some sources, by examining the progress of infrared air-to-air missiles and examining their infrared nose, have rejected the use of infrared nose in Shahed-136. Because in the infrared imaging models of heat-finding missiles, a transparent nose is used.
However, with the some more deep studies performed, it was revealed and confirmed that in the electro-optical system of Iranian Shahed-149 drone, a milky infrared nose has been used, which indicates that these noses can be used even for imaging sensors. Therefore, the idea of using an infrared nose for the Shahed-136 is still valid.