Protests in Basra Spreading to Najaf and Other Provinces in Iraq. 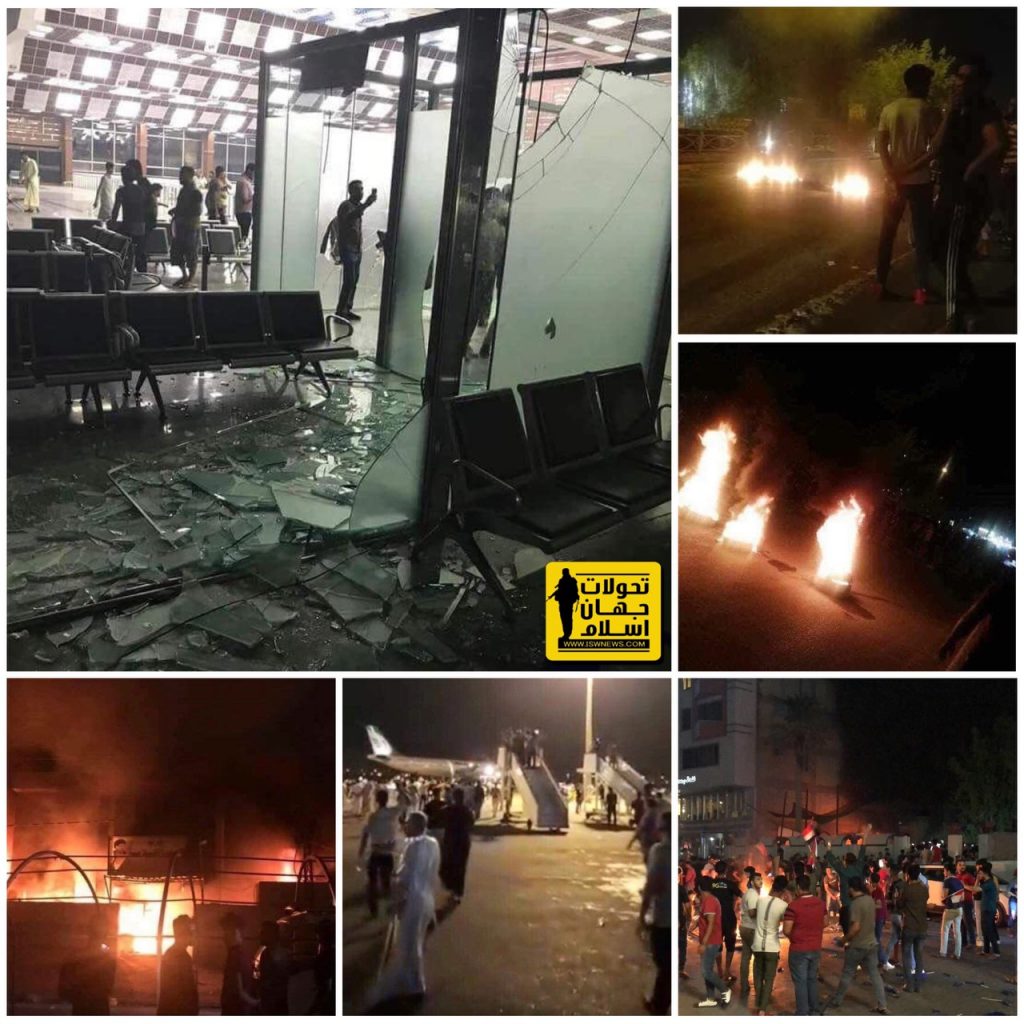 Islamic World News Analysis Group: In recent days, people of Basra in Iraq due to lack of public services such as water and electricity are protesting. It followed yesterday by closing the main roads to eastern border and to Baghdad.

While Iraqi Prime Minister, Haider al-Abadi flew from Belgium to Basra but these protests spread to other cities and provinces including Najaf, Maysan and Baghdad.

Protests in Najaf started by occupying the airport and setting different parties’ offices on fire and finally ended by declaring military law.

In Baghdad protesters closed several roads and disturbed some parts of city for hours.

Islamic Scholarship of Iraq also supported protesters in their demands but also requested to protest in peace and not to damage public properties.