Latest Military Situation in Daraa and Quneitra Provinces 16 July 2018; The Important Town of al-Harah in Western Daraa Has Liberated. 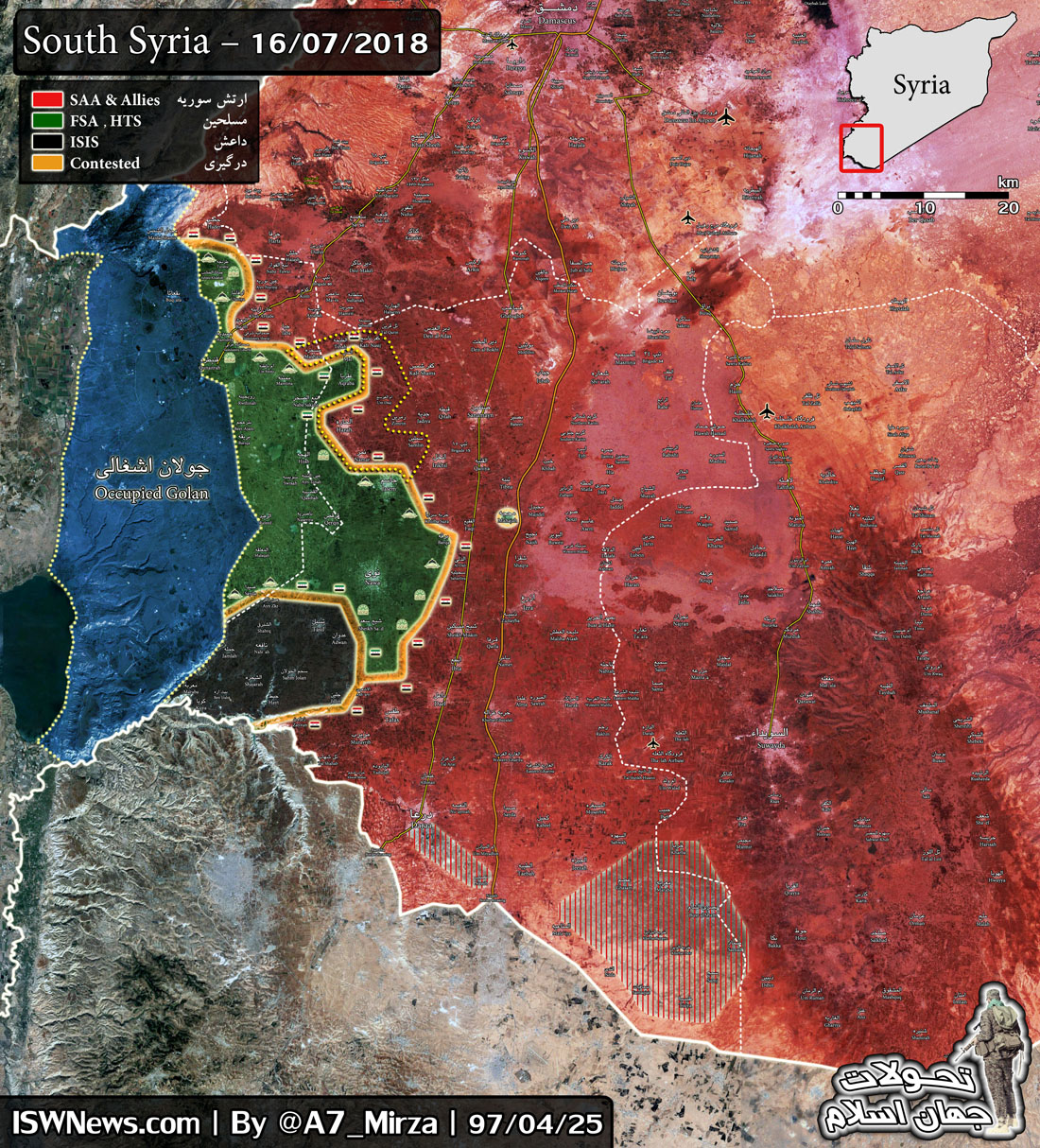 Islamic World News Analysis Group: Following the Syrian army operation in south Syria, 8 new settlements as well as the important town of al-Harrah and its strategic height were liberated in the province of Daraa and Quneitra.

The heavy bombardment of Tal al Harrah continued till dawn and eventually, the militants under the heavy fire of the Syrian army and its allies forced to retreat from this strategic height.

Subsequently, the Syria flag was raised in al-Harrah by the people of the city and the Syrian army entered the al-Harrah and Tel al-Harrah, and the whole area were liberated completely.

In northwestern of Daraa axis the Syrian army managed to liberate the Tihah and Masharah village by military operation; yesterday operation in this areas was unfinished.