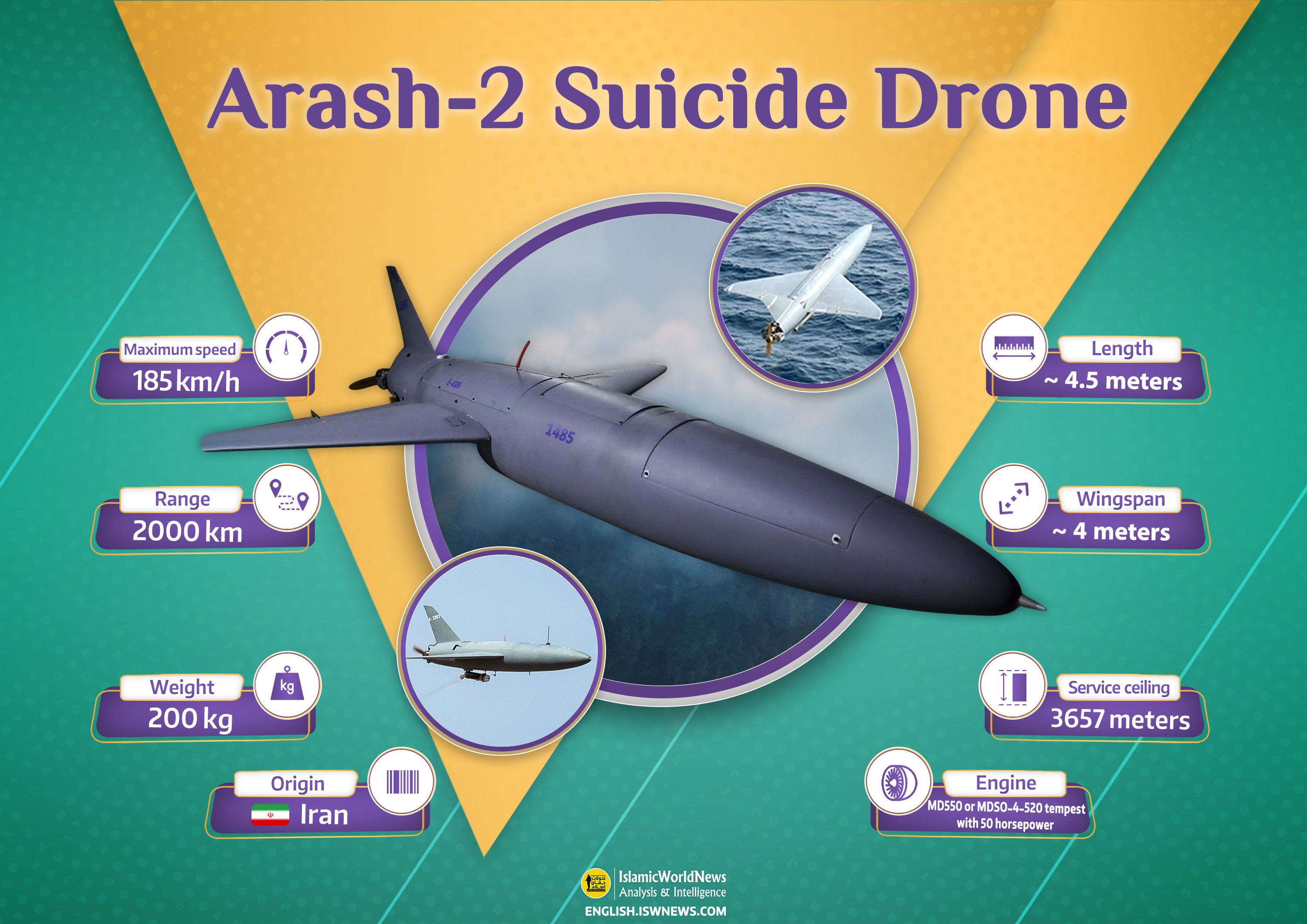 Arash-2 is a suicide drone designed and mass-produced by the Islamic Republic of Iran Army to destroy important targets in far away. The 2,000 km range of the Arash-2 drone, along with the considerable weight of the warhead, has turned this drone into an efficient weapon against targets deep in the enemy’s soil.

Arash-2 drone was unveiled and used for the first time in the Army drone exercise in January 7, 2021. In this exercise, this done was launched from the coast of Makran and after traveling a distance of about 1400 km, it hit its target in the general area of the exercise in Semnan province in the center of Iran.

Arash-2 looks identical to Kian-2 drone and has a triangular wing. The main difference between these two drones is their engine. Kian uses a jet engine and Arash uses a piston engine. This engine difference has also had a great impact on their range.

So far, Arash-2 has been launched in exercises by two types of launchers. The first type by a Jeto launcher and the other by a box launcher that can be mounted on the back of a truck. The box launchers will make the drone more difficult to identify and along with the high mobility, it will increase survivability of truck and the crew.

Arash-2 suicide drone was seen on the army drone fleet in July 2022. Therefore, the ability to use anti-ships and also attack from the sea to the shore can be considered for Arash.

At the Army’s “1401 Achievements Exhibition”, the Arash-2 drone equipped with an infrared and electro-optical seeker was seen, which gives this bird additional capabilities. Arash-2 drone with infrared and electro-optical seeker will be able to destroy various targets with high accuracy. Therefore, with various seekers, in addition to fixed targets, this drone has the ability to target moving targets or targets that need to be accurately hit in the enemy’s area.

According to the published photos and the information of the permanent exhibition of the achievements of the Ministry of Defense, the Arash-2 drone engine is of the MD 550 or MDSO-4-520 tempest type with a power of 50 horsepower. Therefore, according to the type of engine, this drone will have a maximum speed of 185 km/h.