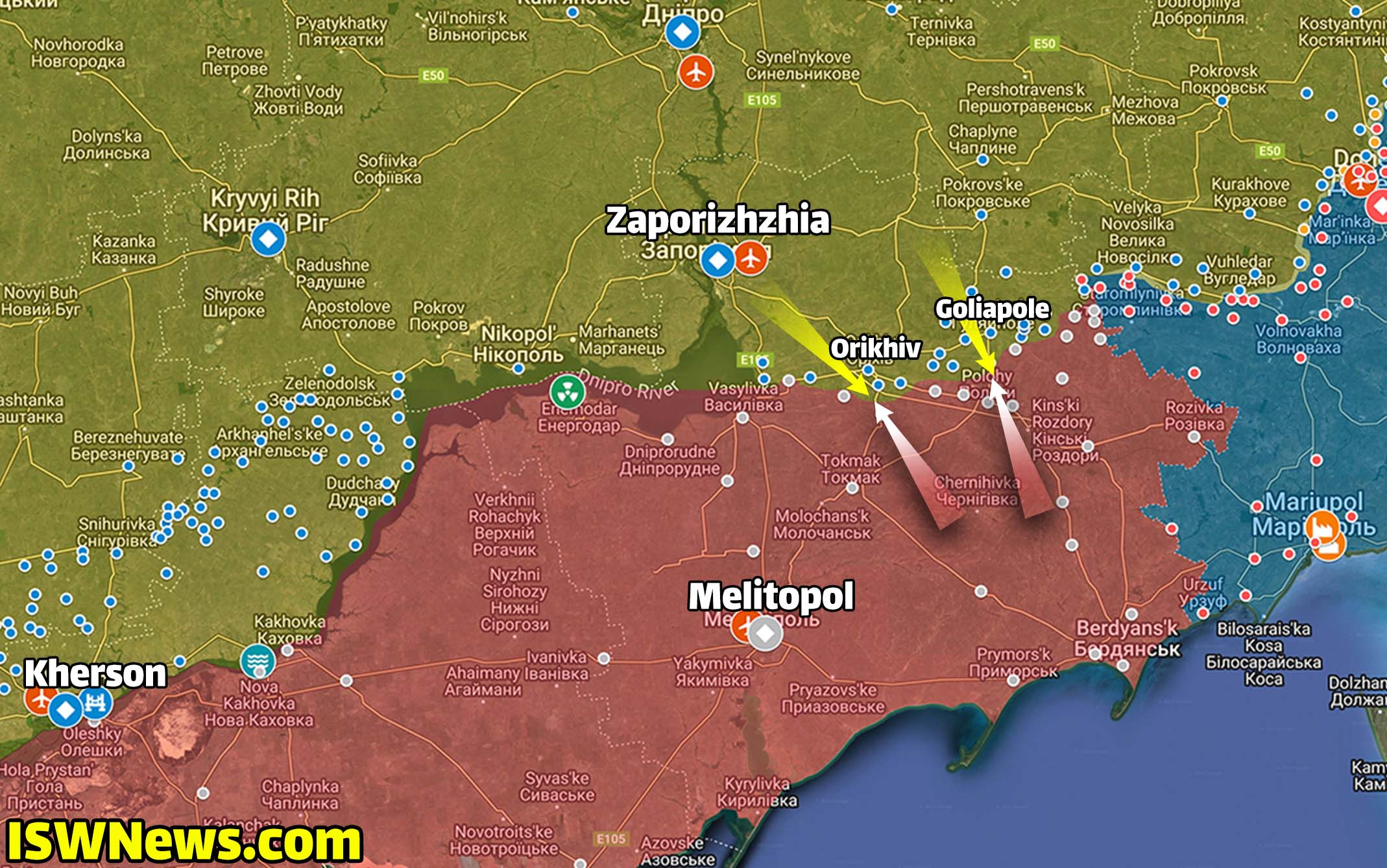 ISWNews Analysis Group: The Armed Forces of Ukraine are sending troops and military equipment to Zaporizhzhia frontlines to resume military operation in the area.

According to local sources, the armed forces of Ukraine have gathered at least 25,000 troops in the northern front of Zaporizhzhia oblast, preparing for wider attacks on this front. In this regard, two battalions of the Ukrainian army have been transferred to Zaporizhzhia from Kherson front. A freight train is also said to have transported heavy artillery equipment, including several HIMARS multiple rocket launchers to Volnyansk railway station in Zaporizhzhia.

Currently, the conflicts are concentrated in Orikhiv and Goliapole fronts, and the attacks are limited to air bombardments by artillery and fighter jets.

The indifference of the Russian air and missile forces to these equipment transfers is one of the interesting points of the Russian-Ukrainian war, which was also observed earlier in the eastern and northern fronts.

According to the development in southern front of Ukraine, it seems that the AFU main target on this front is the city of Melitopol in the south of Zaporizhzhia oblast. Ukraine’s control over this city, in addition to pressuring Russia to evacuate the eastern half of Kherson province, provides the ground for a wider ground attack on other cities in southern Ukraine, such as Berdyansk, Mariupol and even the Crimean peninsula.

The Russian army also in order to stabilize the southern front, apart from the issue of negotiation, needs to advance on the bank of the Dnipro river and capture the city of Zaporizhzhia and the western half of Donetsk oblast, which is very unlikely considering the course of the war in Ukraine.