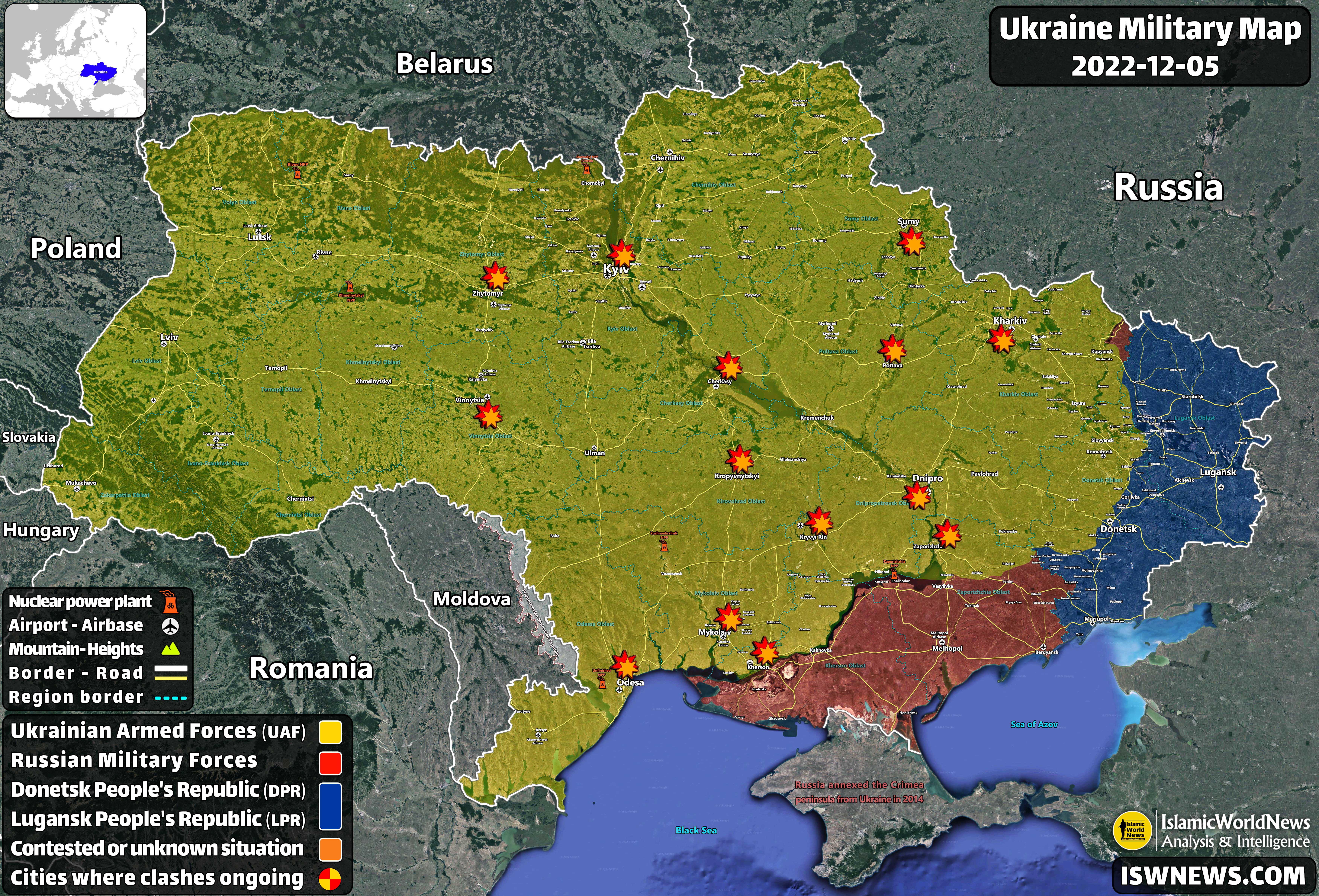 Following these attacks, the cities including Odessa, Sumy, Cherkasy, etc. have been cut off from electricity and water supply. Also, some Ukrainian sources in the cities of Zaporizhzhia and Cherkasy have reported hearing the sound of Shahed-136 suicide drones, but no picture or video has been published that proves the use of this drone by the Russians.

According to the report of the Russian Minister of Defense, the operation of the Russian army was carried out this afternoon (Dec 5) at 15:00 Moscow time, in response to the Ukrainian drone attack on Dyagilevo air base in Ryazan oblast and Engels base in Saratov oblast.

In this operation, the Russian army has attacked 17 targets, including the command and control center,the facilities of Ukrainian defense complex, communication centers, power plants and military units of Ukraine by strategic bombers and submarines based in the Black Sea.

At the same time as the missile attacks of the Russian army on Ukrainian cities, the Moldovan media reported a missile falling in the border province of Briceni, located in the north of Moldova. The wreckage shown in the picture is a part of the S-300 missile system belonging to the Ukrainian army.