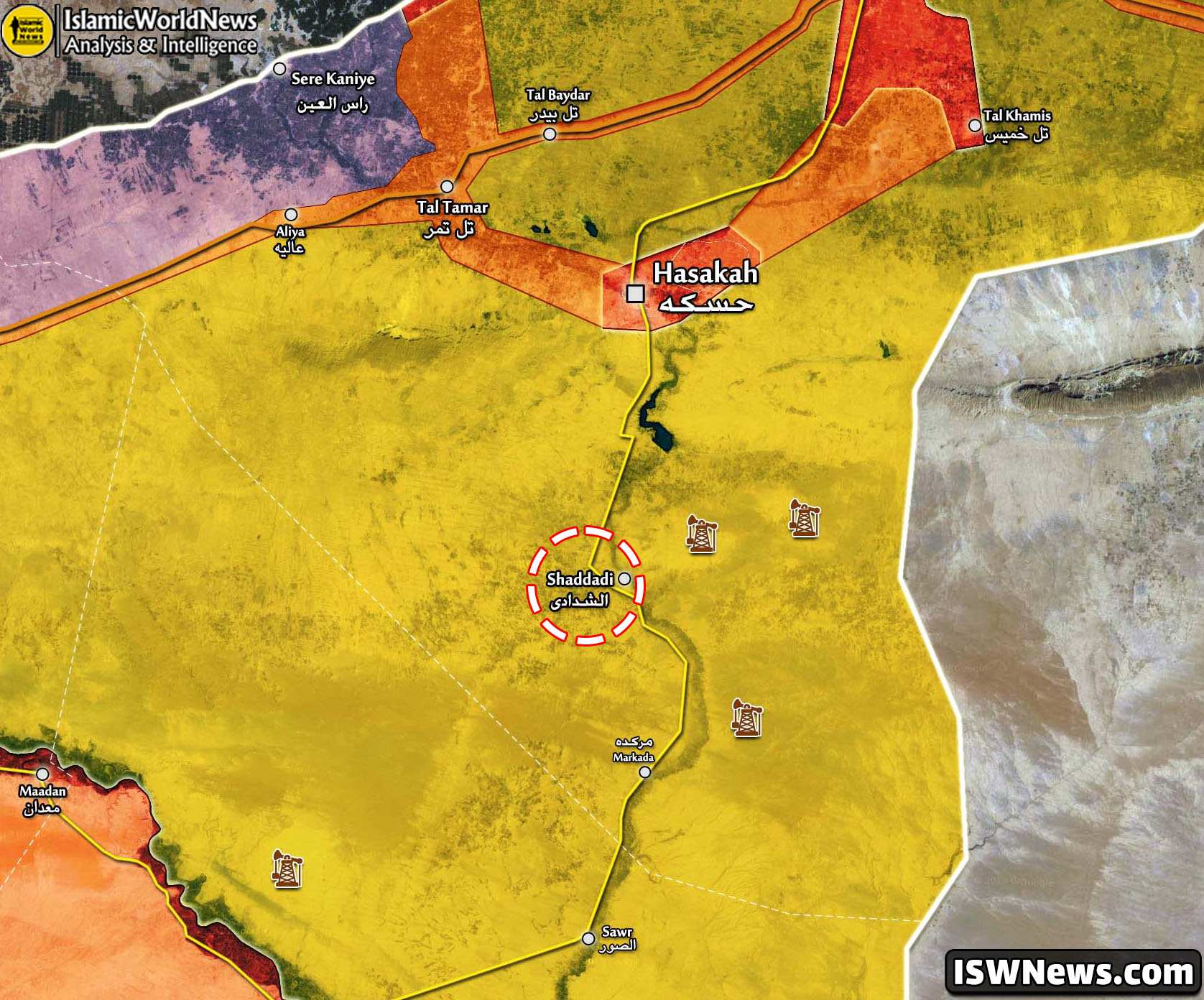 ISWNews Analysis Group – The Syrian Democratic Forces (SDF) carried out military drills in al-Shaddadi base in the presence of some US-led coalition officers and forces.

The Al-Shaddadi strategic base, which is located near the Al-Jabsa oil fields in the southern outskirts of Al-Hasakah Governorate, is considered one of the most vital weaponry and fuel depots of the US-led coalition.

Read more: The United States is increasing its military infrastructure in Syria

Within recent weeks and following Turkiye’s threats to initiate ground military operations in northern areas of Syria, the number of joint drills by the US-led coalition and the SDF militants has significantly amplified. The training of the SDF militants is carried out by the US-led coalition trainers, who focus on Tactics of urban warfare as well as the usage of anti-tank arms, including the TOW guided missiles.

It is noteworthy to mention that the military drills are the second joint exercises between the US-led coalition and the SDF militants in Al-Haskah Governorate in the past week. The US-led coalition and the Syrian Democratic Forces held another joint military exercise in the neighborhood of “Ghuwairan” in the south of the capital city of Hasakah in the Al-Hasakah Governorate a few days ago.