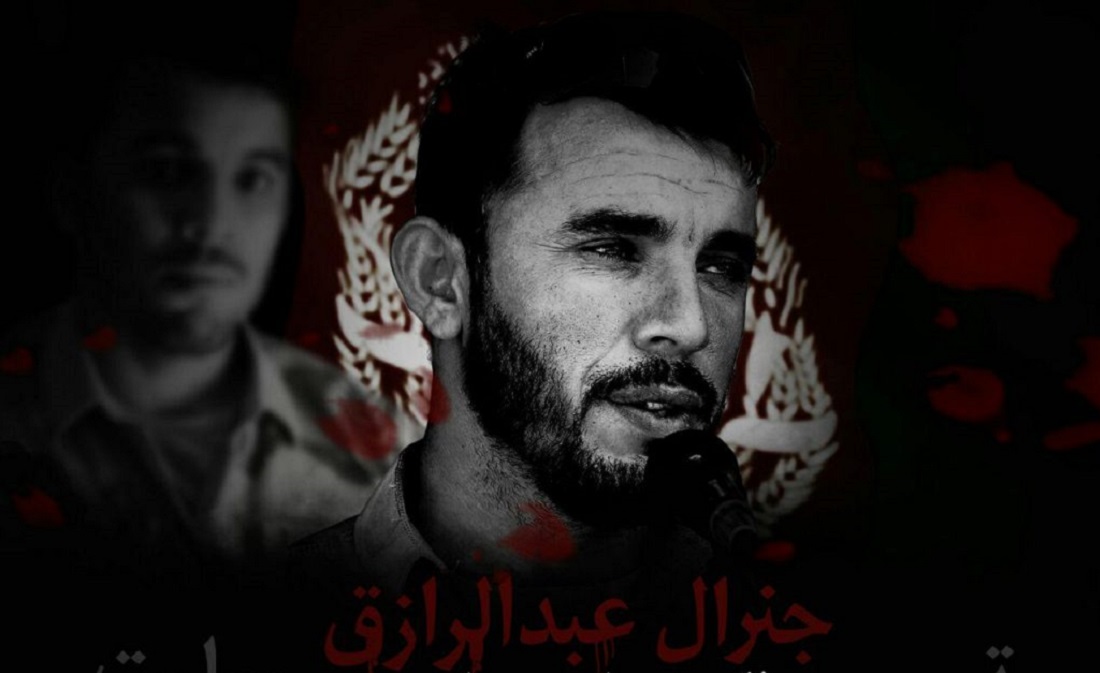 On October 18 afternoon during the summit of officials of UNAMA(United Nations Assistance Mission in Afghanistan) and Qandhar including the governor and commander of security forces, an infiltrated person, Abu Dajanah, in clothing of escorts of governor shot at officials that results in several martyrs and injuries including General Abdul Raziq Achakzai .

General Abdul Raziq Achakzai was a famous young commander and from Spin Boldak in Qandhar, who had pivotal role in Qandhar battles and due to commanding in different southern provinces of Afghanistan, was a column of stability and security in south.

He was an opposition of Ashraf Ghani, president of Afghanistan and agreed to the “Saving Afghanistan Allegiance” (allegiance between Ata Mohammad Nour, General Dustam and Mohammad Mohaqqiq).

Different officials including Prime Ministers of India and Pakistan, Abdullah Abdullah and Ata Mohammad Nour among others sent condolences.

Taliban took responsibility of the attack.

In the summit in addition to General Abdul Raziq Achakzai, officials from NATO and Afghanistan were present and it is believed that Taliban element could not infiltrate to such high security level without inside help (help from Afghanistan government or intelligence services of other countries).
Ata Mohammad Nour in his message emphasizes that his martyrdom in such a high security level summit, is the result of rivals’ and officials’ conspiracy.

Eliminating a person like General Abdul Raziq Achakzai, has great influences on evolutions of Afghanistan in future which results in instability of south of Afghanistan, weakening of “Saving Afghanistan Allegiance” and political war over power only in near future.