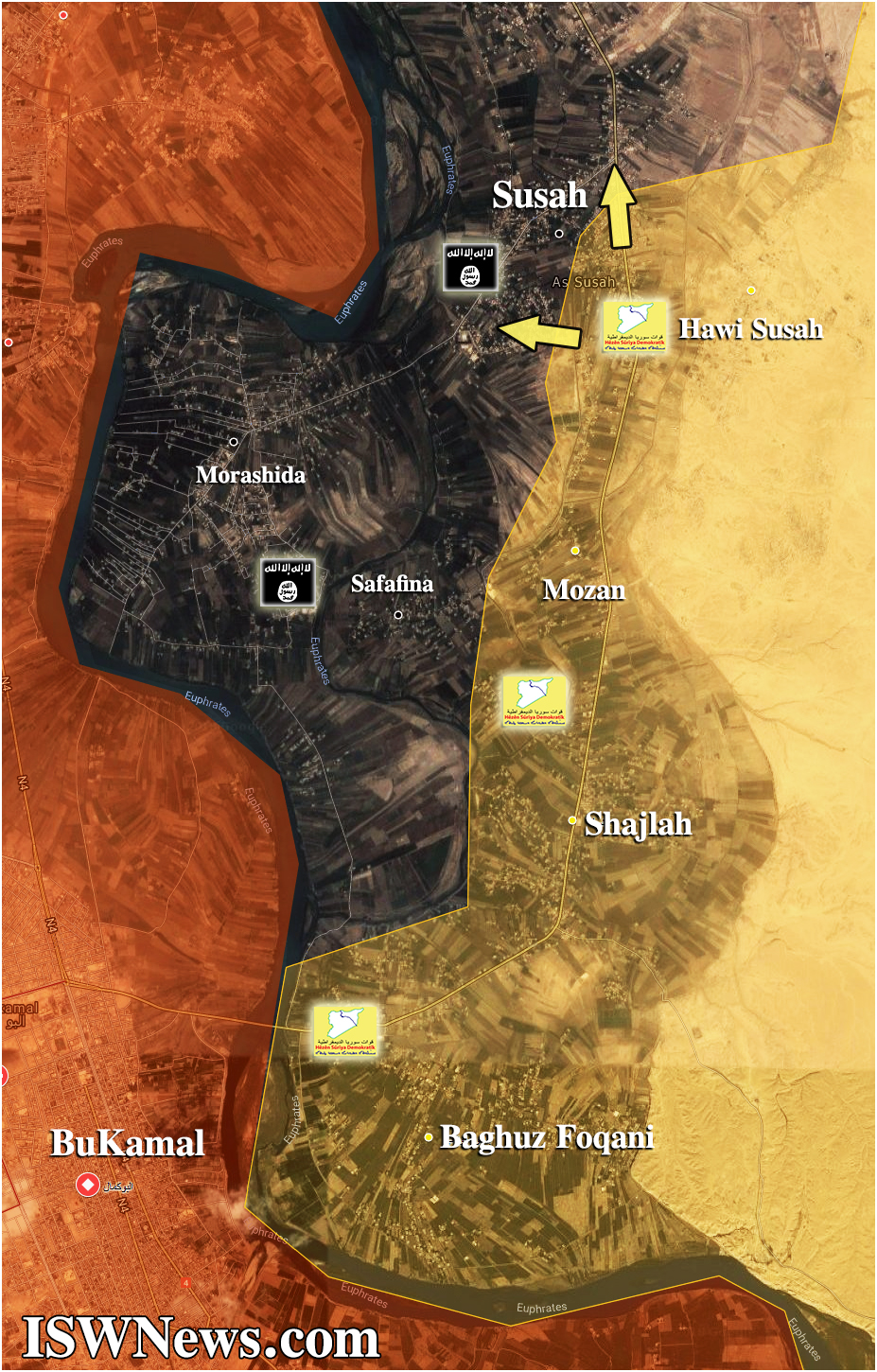 Islamic World News Analysis Group: The Syrian Democratic Forces with heavy support of artillery and airstrikes of the US coalition, entered the al-Susah village in eastern Euphrates.

In the course of these advances, Hawi al-Susah near Al-Susah also captured by SDF.

SDF now captured more than 50% of al-Susa, and heavy clashes continue inside the town under the cover of the US coalition.

On the other hand, ISIS terrorists have used many VBIEDs in recent days and strongly resist against SDF advances.

In the past week, about 45 ISIS and 23 SDF have been killed in al-Susa and al-Murasheda engagements.

Also last day, in Baghuz Foqani axis, ISIS used four VBIED and dozens of troops to attack the area, which, according to the SDF’s media, all attacks have repelled.