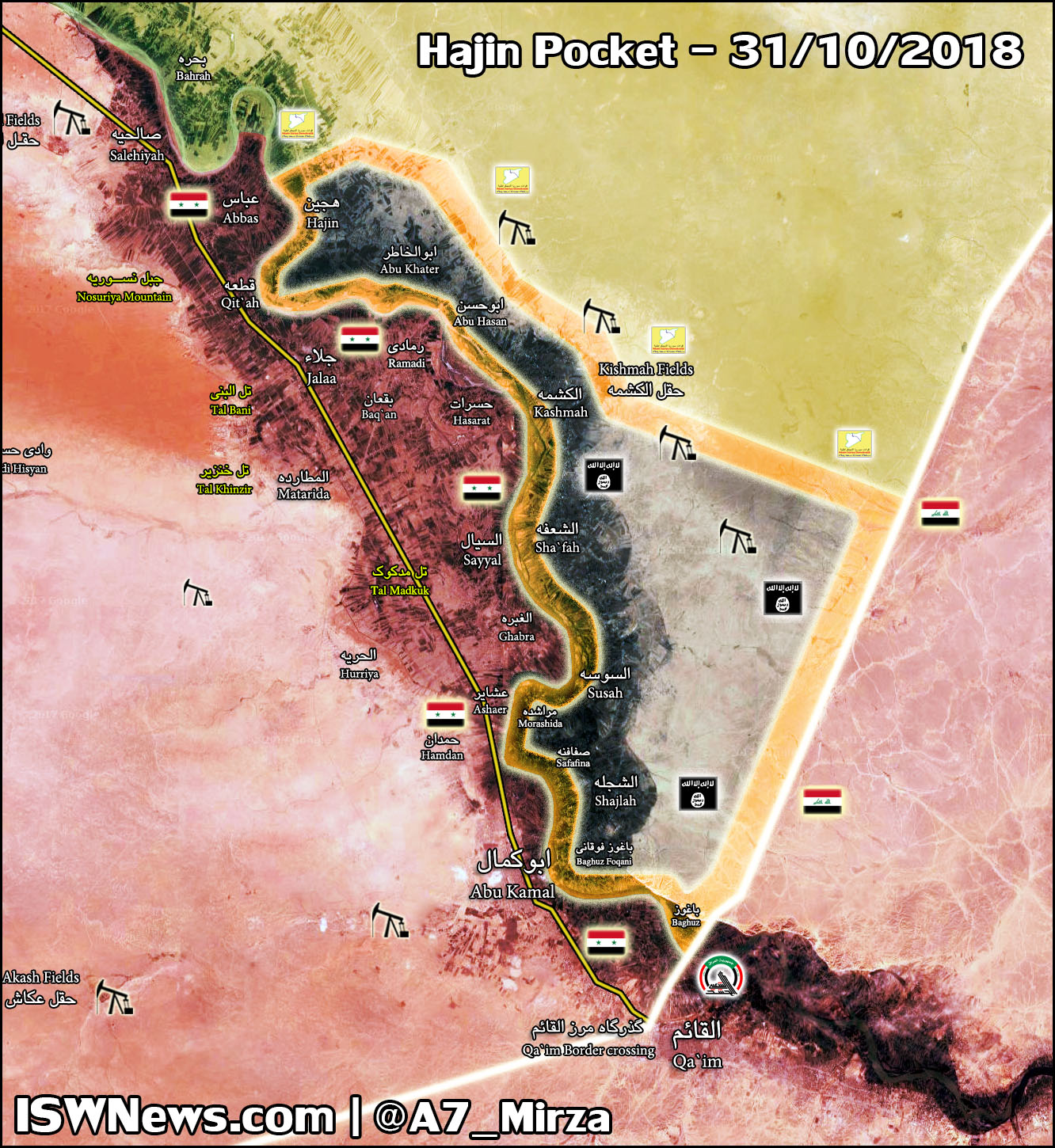 ISIS terrorists could reoccupy all the lands in one week that SDF captured in one month operation and with SDF retreat, ISIS is at the border of Iraq again.
Therefore, Baghuz Foqani and Tahtani regions and northern deserts are completely in ISIS control.

SDF claimed to transport its troops to Kobane in north of Syria to stop Turkish operation as the reason to halt the operation and retreat.