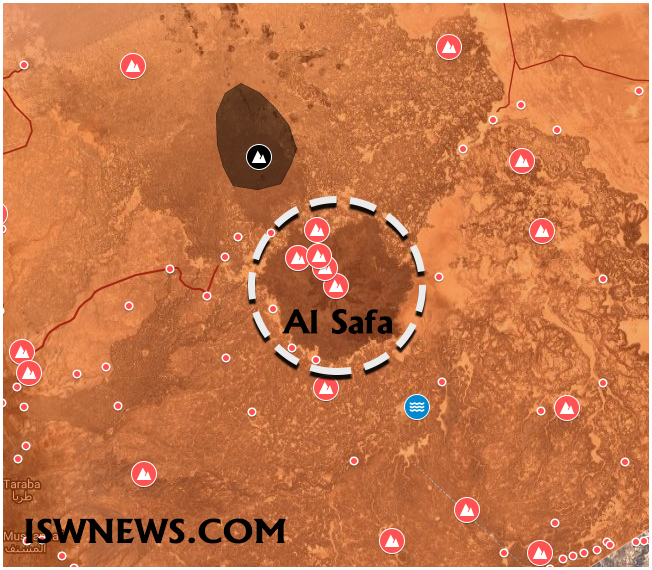 In recent days, with more forces and heavy artillery heavy being deployed in this axis, and the presence of more Russian advisors, progress has intensified in Al Safa region.

Yesterday, the tomb of Sheikh Hussein, located in the southern part of al-Shafa area, have liberated. Following the operation, with the advance of the Syrian army from the north and south axis this morning, the Syrian army arrived at the center of the al-Safa volcanic field, thus, the entire area cleared from ISIS.

It is said that most of the ISIS forces have retreated last night and few of them remained in the area.

Most likely, ISIS terrorists have retreated to the 55-kilometer Al-Tanf area which is under American surveillance, or some have escaped to the northern deserts.