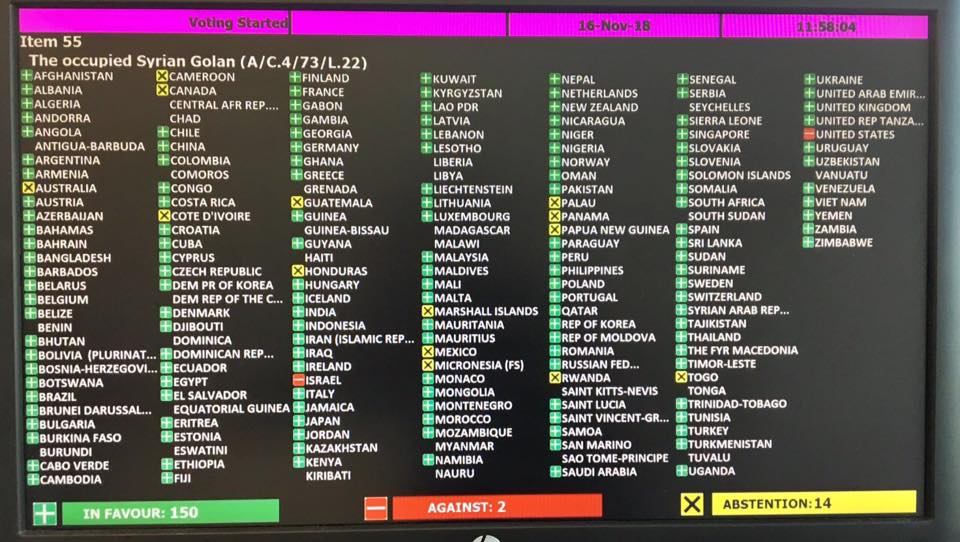 Most of Golan height in despite of resolution 350 is occupied by Israel.

USA being angry with the result, not being able to submit lawful evidences, opposing the voting by “it is biased against Israel and Syrian government is not qualified”.

While most of Golan inhabitants are Druze and emphasized on authority of Syrian government and declined Israel occupancy, some violent confrontation happened between them and Zionist forces.