NATO: We will not leave Afghanistan! 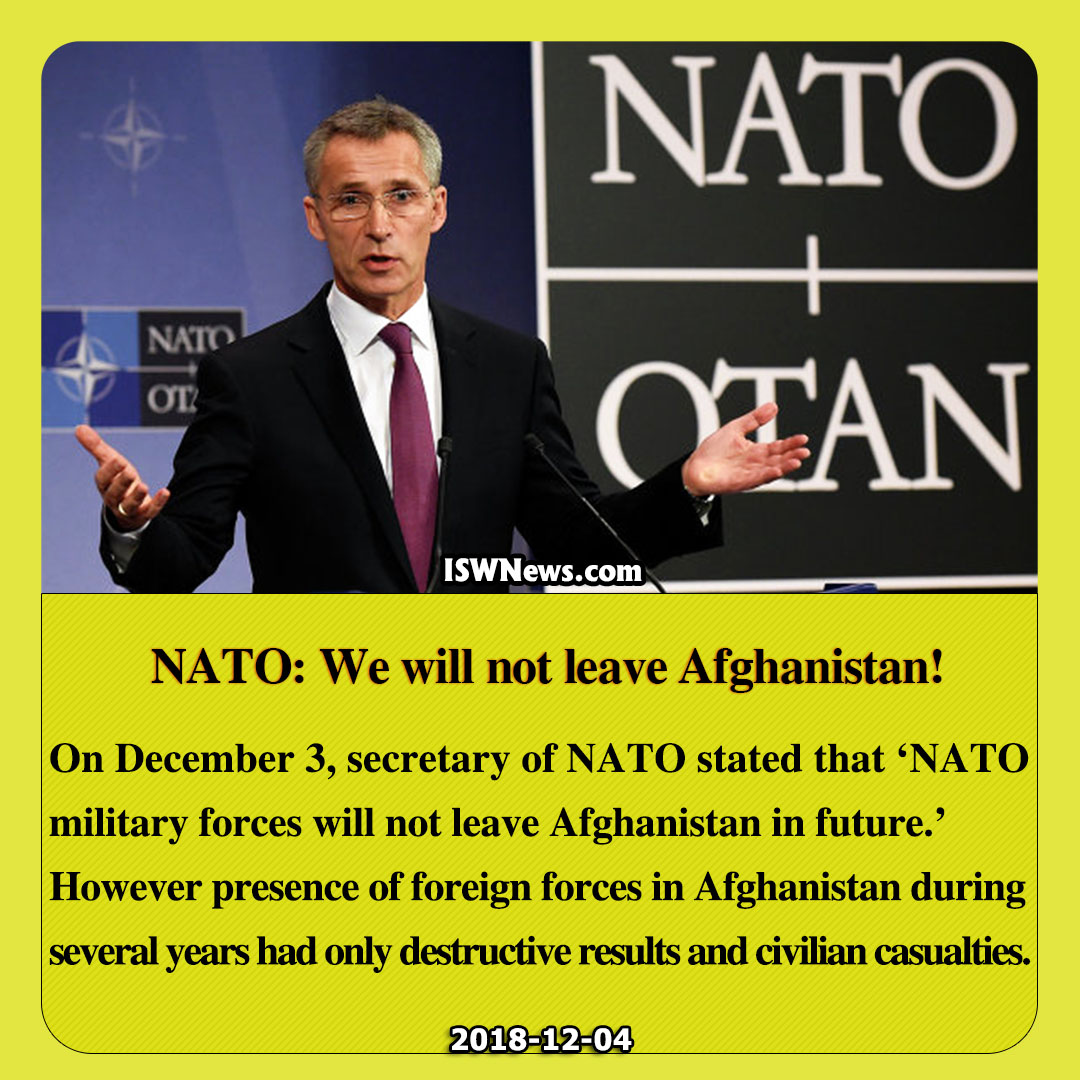 Secretary of NATO stated on 3th December that NATO military forces will not leave Afghanistan in future.

He added that the expenses of leaving is more than what they pay for their forces to present in Afghanistan.

However presence of foreign forces in Afghanistan during several years had only destructive results and civilian casualties and destruction of different regions are witnessing on it.