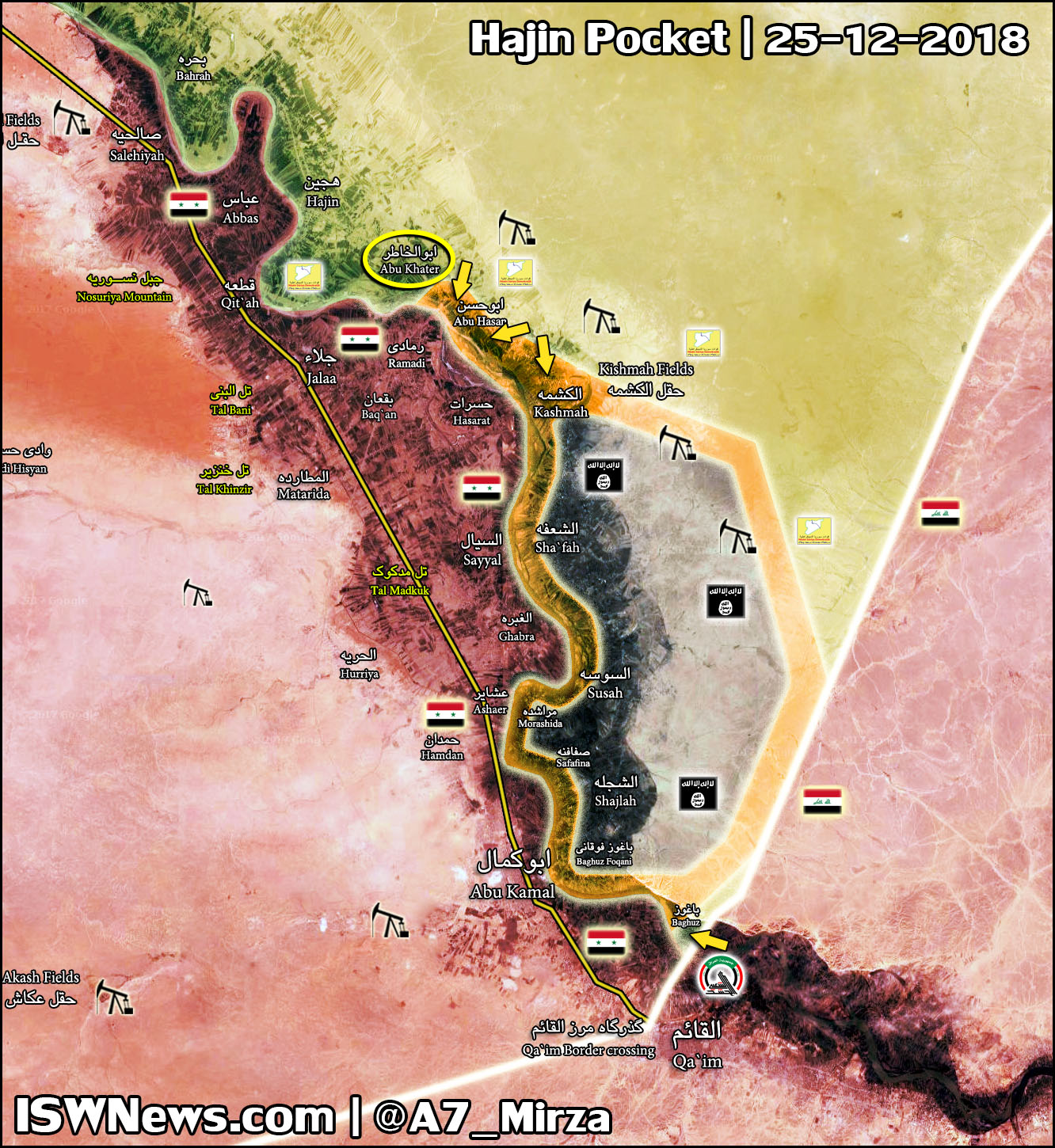 Heavy clashes continue inside the village of Abu Hassan.

According to field information, French forces will build a base in deserts of Hajin to reduce the ISIS threats in the area.

Also the US troops are present at their military bases at Tanak and Al Omar oil fields, and there is currently no news of their withdrawal from these areas…

But it is worth noting that last night, an American military convoy retreated from the Rmailan town in Hasakah province to Iraq soil.