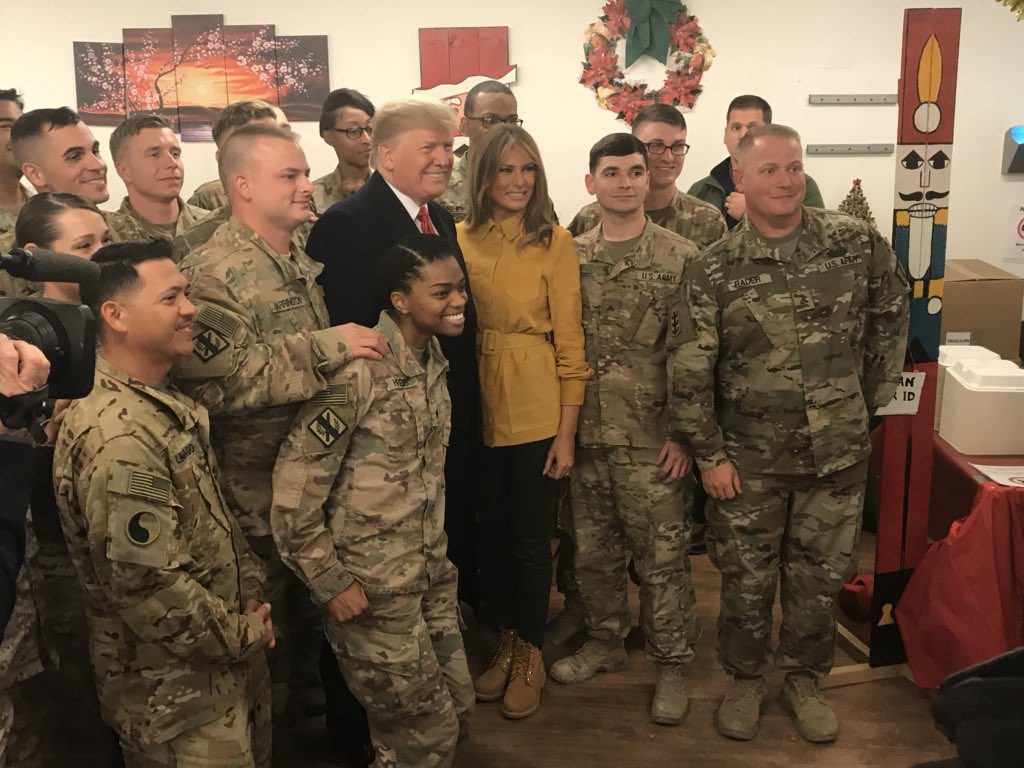 Donald Trump and his wife landed in Ayn Al Asad Airbase in Al Anbar province Iraq and celebrated Christmas with soldiers in front of cameras without meeting with any officials from Iraq and returned to USA.
He said he does not have the intention to pull out US forces from Iraq and even might use them to operate in Syria.
It is interesting to know American officials called Iraqi Prime Minister and told him he can visit Trump in Ayn Al Asad if he wants!
It was so insulting that even Atheel Al Nujaifi reacted to it.

There are some brief points to mention:
1. As Haider Al Abadi was weaker than Nouri Al Maleki, Adil Abdul-Mahdi is weaker than Abadi that US officials dare to show such behavior. After this insult to Iraqis proudness the White House called Adil Abdul-Mahdi and invited him to visit USA and he accepted without hesitation!

2. Trump’s media show off is a disgrace for Haider Al Abadi who implicitly denied presence of high number of US soldiers in Iraq. He also was talking about the plan for US soldiers leaving Iraq after defeating ISIS in the last day of his office which turned out to be wrong.

3. We should also mention Muqtada al-Sadr whose political games in recent years and specially during the recent election of Iraq and then bringing weak politician like Adil Abdul-Mahdi made Iraq to be like this today.

If today’s Iraqi Prime Minister was Hadi Al Amiri or someone close to him, would Trump do the same?
Muqtada al-Sadr whose soldiers trampled Green and Red lines in Baghdad and brought millions to Tahrir square, how can he tolerate this stain on Arabic Iraq? Does not he want to wear death clothes and come to street and shout “USA never”?