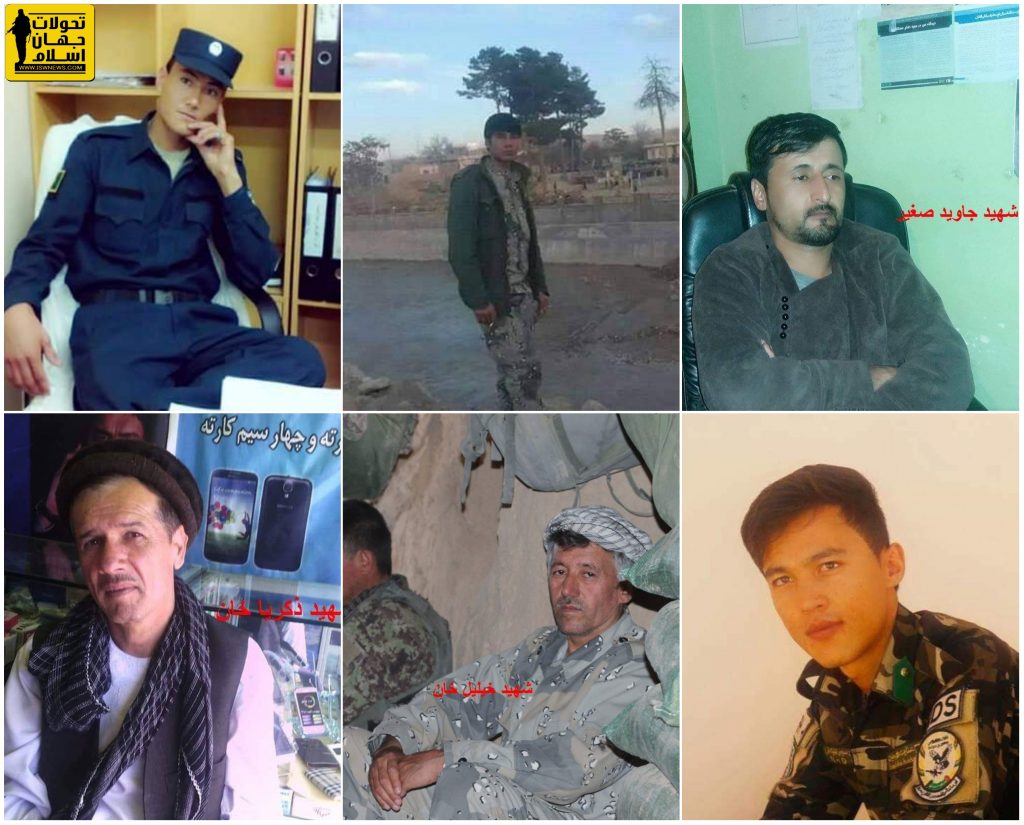 According to comments of local officials of Sar-e Pol during the last night attack of Taliban in Sayyad town, which took place in Sare Pol-Jozjan road & oil field police station in Qashqari part, 21 of security forces were martyred and 25 injured.

Two police station have fallen by Taliban, also Taliban took heavy casualties, some reports says that 4 were killed and 7 injured, from Taliban forces.

Taliban didn’t publish any report about this attack

During the recent ten days of clashes in Ghazni, 19 civilian were martyred and injured by the embedded mines of Taliban in the roads of Ghazni

According to the speaker of provincial government of Ghazni, during the clash which happened two nights ago between Taliban and security forces, 7 of Taliban were killed, leaving 10 more injured.

During the clash between Taliban and security forces in region of Yangi Qala, two 2 forces were martyred and 4 injured.

According the comments of Nabieh Mostafa Zadeh, the representative of Jowzjan in parliament of Afghanistan, ten towns of Jowzjan province are under the threat of Taliban.

The town of “Khamyab” of Jowzjan province is completely occupied by Taliban.

The government is completely absent in this town, and also the mayor and security commander have come to the center of province.

The army officials in northern Afghanistan, gave news of an operation for cleaning Jowzjan to Sar-e Pol, after the cleaning Faryab.