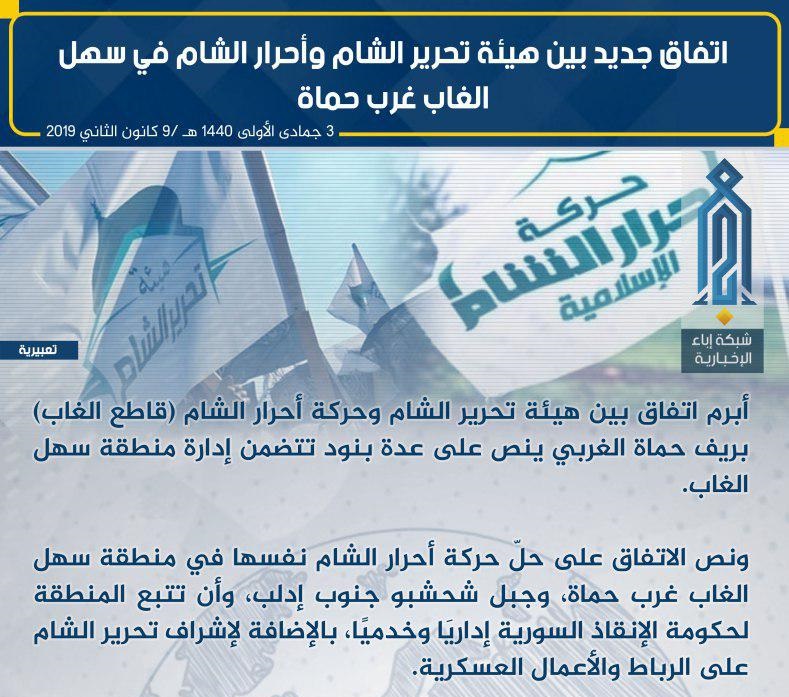 According to the HTS statement, Ahrar Al Sham militants will deliver the Al Ghab Plain areas and Shahshabo mountain in northern Hama and south of Idlib to the Tahrir Al Sham.

In this agreement, Ahrar Al Sham militants will deliver their heavy and medium weapons, and members of this group can join the Tahrir Al Sham.

Also, those militants who are not willing to do so can leave the Al Ghab Plain area and go to the Turkish-controlled areas in the Afrin region.