Claiming Turkish Base in Kurdistan Iqlim by Protestors + Images 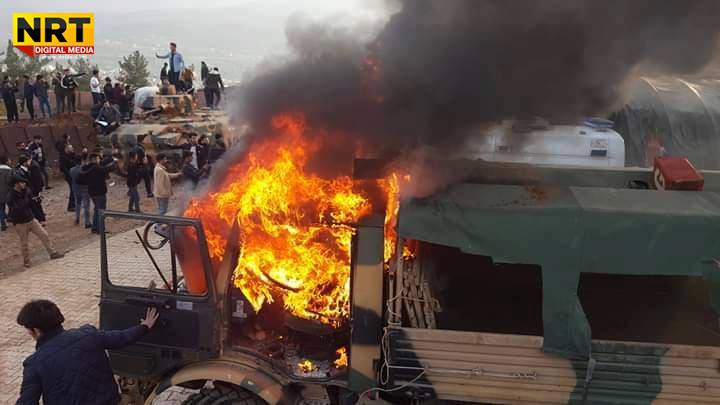 Inhabitants of Sheladzeh, Dohuk province, Kurdistan Iqlim protesting the airstrike today.
Protestors attacked Turkish Army base in the area and by claiming it set some vehicles and equipment on fire.

Turkish fighters to intimidate people flew low over the residents which scared people.

According to local sources, due to rallies, one civillian is killed and 15 wounded.

Turkish Ministry of Defence in response to the protests, considered PKK stimulating activities responsible for attack to Turkish Base.