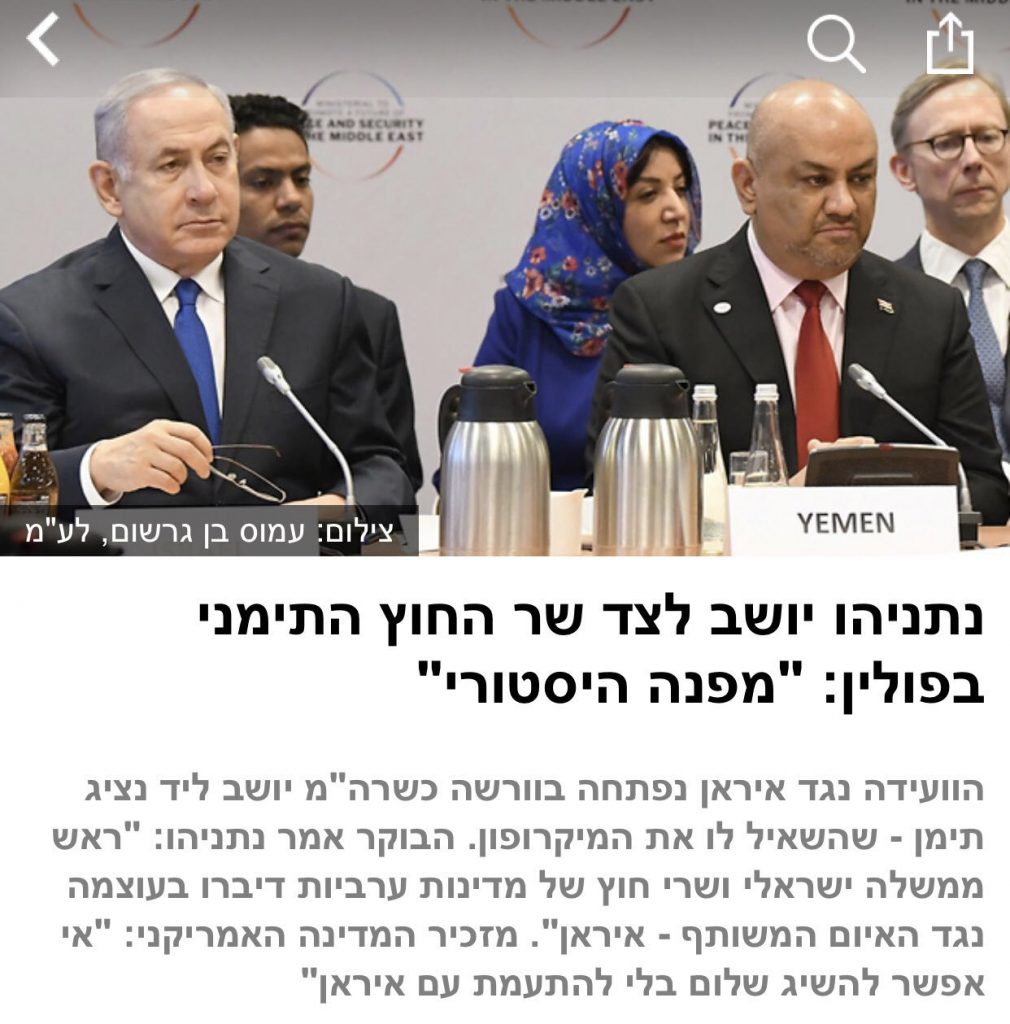 Ansar Allah condemning his presence in Warsaw, considered the Summit against benefit of people of the region.

AnsarAllah Political Office:
– Khaled Al Yamani sitting beside Zionist enemy officials is a sign of misery of hypocritical administration (Mansoor Hadi’s) and its supporters.
– Yemeni people have been always beside Palestine and will not leave them under any circumstances.
– The hypocritical Administration has violated principles and values, they are not representatives of people of Yemen. The Coalition and hypocritical Administration chant “defending Yemeni people” but they are actually threats to our people.
– Enemies are assaulting us to dominate Yemen and it’s people and land.