Breaking the siege of the Deir Ezzor ; strategic and important / Review 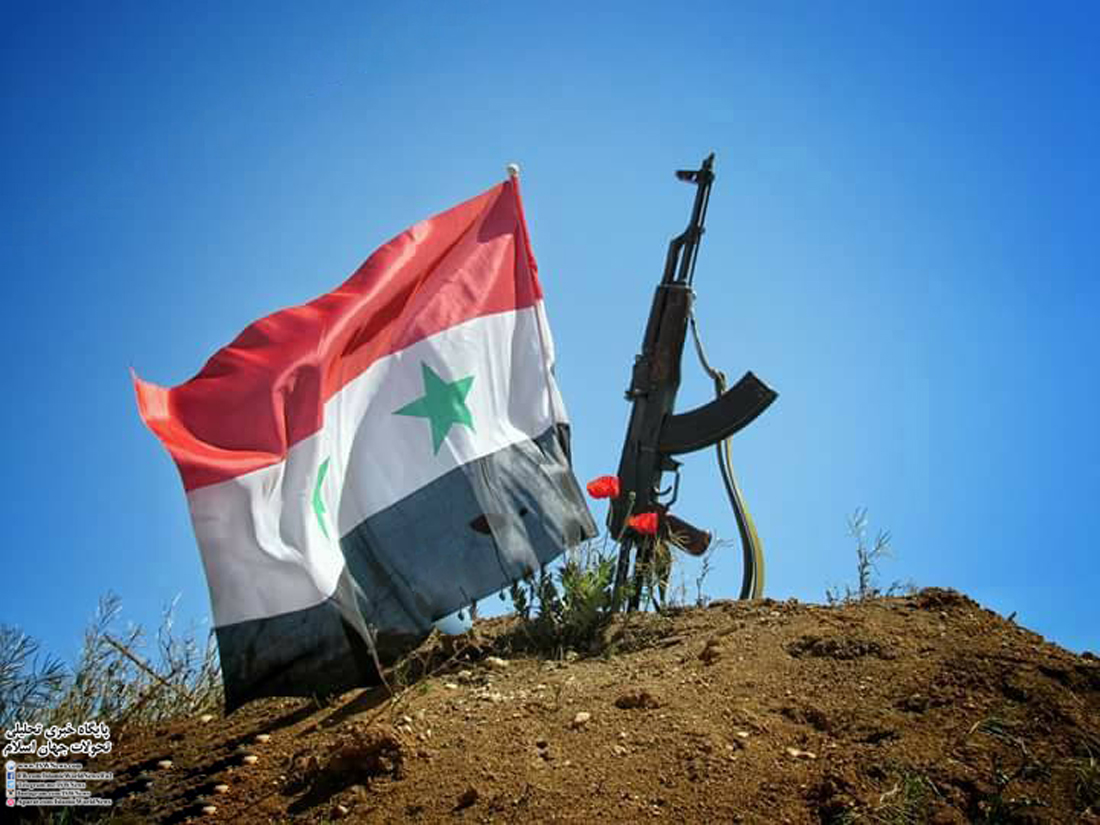 The most important news of the military situation in these days of Syria and perhaps the whole region is the breaking of the three-year-old siege of the most strategic city of Deir Ezzor in the eastern desert of Syria , the diamond of Euphrates and the oil-richest province of Syria.

Perhaps in the first place this is not new or important news, and this massive coverage of the news and the happiness of the Syrian people looks weird. But with a deeper look at the developments in Syria, and especially over the past two years, we will take note of the importance of the issue. The series of events that led to break the siege of Deir Ezzor began with a similar incident in the northwest of the country; the 2-year-old blockade of the Kuwayris military airport in the east of the strategic city of Aleppo, and breaking the siege of Aleppo.

The reader may ask what is the connection between Aleppo in the northwest of Syria, with the east of this country and the breakdown of the Deir Ezzor siege ?! Let’s go back five years and seven months to clarify.

After the first sparks of civil protest in early 2011, the protests turned into armed rebellions with the direct engagement, provocation and arming of Western countries, including the United States, France and Britain, as well as regional allies including Saudi Arabia, Turkey, Jordan And Qatar, as well as the Zionist regime, has entered an unprecedented crisis in the political history of the world. During the continuing fall of the Syria’s various cities and regions, it was the turn of emergence of the most dangerous and powerful group, ISIS, the Islamic state of Iraq and Syria.

ISIL, which transferred its belief from the deserts between Iraq and Syria! and its non-indigenous human resources (more than half its troops) from Turkey into Syria, saw Deir Ezzor as the point of his life. So, after failing to fully control it, ISIL quickly had chosen the Raqqah, the closest city to the strategic location of Deir Ezzor, as its capital. The forces of ISIL which called themselves the forces of “Khalafah” captured with incredible speed small and large cities one after the other and soon over 50% of Syria’s 185,000-kilometer area was lost from the army and other terrorist groups, especially The Free Syrian Army (FSA) has and even they penetrated into some of the southern districts of Damascus, and reached to the hundred meters distance to the holly shrine of Zainab.

In the meantime, several areas were surrounded by takfiri groups(radicals), including the Kuwayris Military Airport,  Deir-Ezzor City, Nubl and Al-Zahra towns, and then the villages of Fua and Kafraya.

In the most critical days of Syria, when politicians and military men heard the sound of the war in the presidential palace and actually saw the fall of the government probable, it was the axis of resistance and the thoughtful act of Imam Khamenei and the courage of the commanders and militants, such as Shahid Sardar Hamedani, come to help Syria that was the most important ally in Iraq-Iran war. In the first step, the training of volunteers (National Defense Force, NDF) and the formation of resistance groups to defend neighborhoods and villages, and then the urban warfare training, were put on the agenda of the army.

The end of 2014 was the first turning point in the developments in the Syrian crisis, which the resistance forces were able to defend first what they had and prevent the collapse of the Assad government, and in a major development in September 2015 convinced Russia to enter with air support, the Syrian army started the offensive phase and cleared the lost areas.

With a slow and erosive but positive development, the forces of resistance strike the most powerful terrorist group in the world those who imagined to rule Iraq and Syria and then to other parts of the region. Finally, on November 11, 2015, the two-year siege of the Kuwires Airport broke down.

But the most important victory of the resistance axis was in the city of Aleppo, a city where all the supporters of the terrorists were insisting on expulse Syrian government and led the battles in this city directly by its intelligence officers and managed to occupy more than 40% of this strategic city. The battle of Aleppo was known for its importance for both sides as the “Mother of Wars” or “Stalingrad of Syria.” But after the breaking of the Kuwayris airport blockade and the advance of the united forces towards this city, and after months of heavy clashes and so many martyrs of resistance forces & Syrian army, this was again the will of the resistance, which overcome the international and regional powers and their related terrorists, the city of Aleppo was completely liberated on December 14, December 23rd.

Aleppo’s liberation had many effects on both the psychological and military dimensions.

?In the psychological aspect, it actually meant the end of the dream of the supporters of terrorism in Syria to remove Bashar al-Assad government , as the American senator Lindsay Graham called the victory of Assad in Aleppo as a nightmare for the U.S . This marvelous victory was the second turning point in the Syrian crisis, which led to a fundamental change in the political and military equations of the two sides of the conflict, absolutely after that we had never heard and we will never hear about the theme that Assad must go…

?In the military dimension, the withdrawal of armed support from Turkey (in the operation to remove the siege of the cities of Nubl and Al-Zahra), the military groups and the change of the battle lines have caused that hundreds or even thousands of Syrian army forces be free, including the elite forces of Soheil Hasan, commander of the Tiger forces By consolidating its position in the northwest and gradually moving towards the south and east, he has made his decision to liberate the eastern regions, in particular the city of Deir-Ezzor, and in this way, cities and important areas such as the Tadmur (Palmyra), Al-Sukhnah, Eastern Badia, and by liberating whole Homs and Hama provinces they provided a major victory near the Euphrates River.

? Deir Ezzor, the strategic bridge of the Euphrates, and the important point of the Syrian desert, is so critical that the United States began to bombed the positions of the Syrian army during several air strikes to take the Deir Ezzor from the central government.

? The broken siege of Deir Ezzor and the imminent liberation of the city, such as the liberation of Aleppo, will be the beginning of the total liberation of the Deir Ezzor province, the richest province of Syria in terms of oil resources, and then the ultimate victory of the resistance axis against ISIL terrorists, which is expected Over the next few months – as military experts say, about four months – as a result the illegitimate ISIL caliphate(government) in Syria, will completely be vanished and all the occupied areas of this group will back.

? Finally, we can say the first indication of the importance of breaking the Deir Ezzor siege appeared only two days later, with the announcement of expulsion of military groups(terrorists) from the deserts of Damascus and Homs (about 14,000 square kilometers).