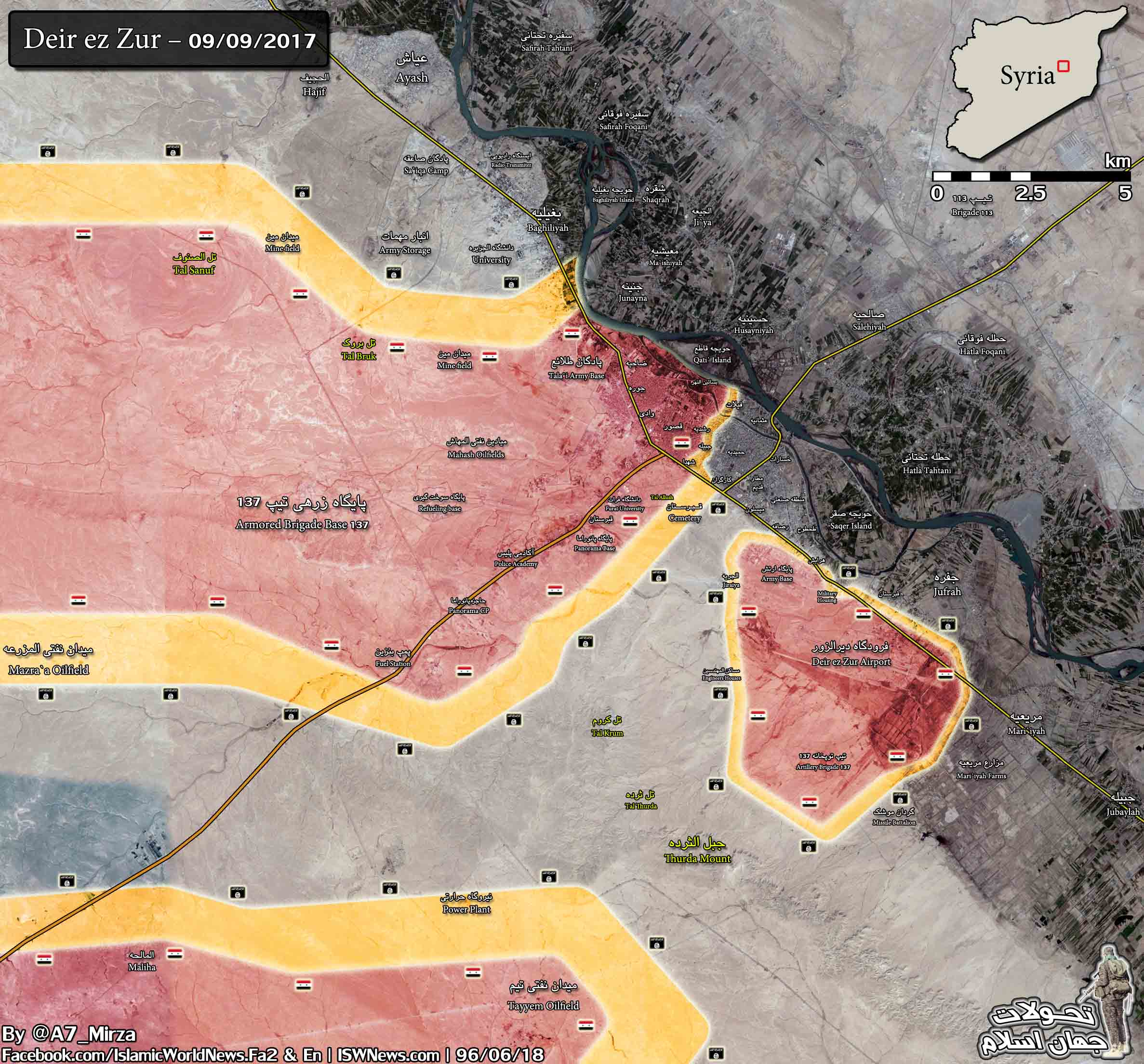 According to the news and analytics outlet of Islamic World News the Syrian Army advanced on two main axis towards Deir Ezzor and its airport to break ISIS blockade.

In the Al-Sukhneh axis after the stabilization of the village of al-Shula and al-Tayyim oil fields, the al-Maliha village was liberated, and distance to Panorama square reduced to 10km.

In the second axis in Maqaber(cemetery), the army succeeded in liberating of Tal Allush, and they reached 1.5 kilometers of the besieged forces at Deir Ezzor airport.

Until now, the blockade of the airport has not been broken, but there is a chance that forces will arrive at any moment

In the northern axis, the Army liberated the Raqqa Bridge in the north of the 137th Brigade, and soon the villages of Ayash and Baghiliah would be liberated.

Also Syrian Democratic Forces (SDF) with coalition air support, have launched a new operation under the name of the Deir Ezzor Military Parliament in eastern Euphrates and are moving towards the village of Sawr.