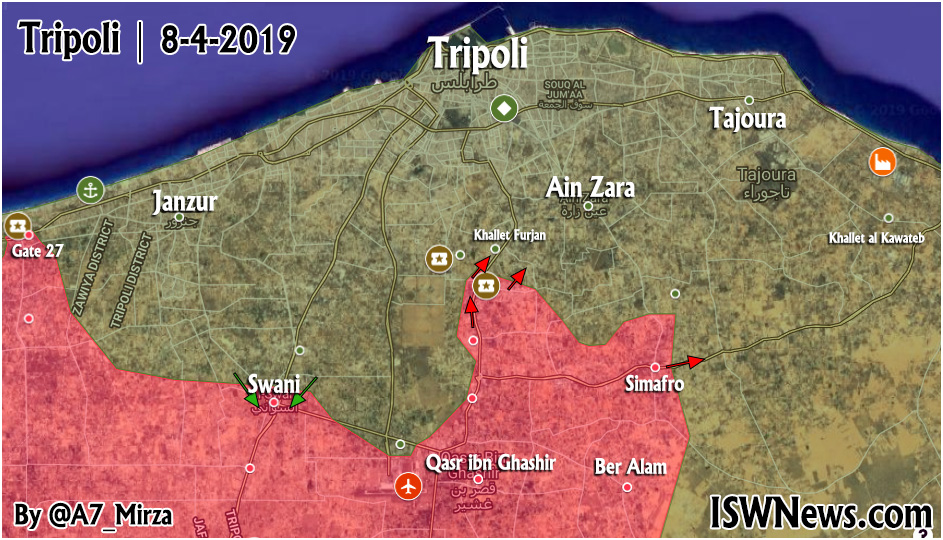 ISWNews Analysis Group: Libyan National Army and Government of National Accord engagements in south of Tripoli resulted in Yarmouk camp and Simafro being occupied by the LNA.

After capturing Yarmouk camp by Haftar’s forces, engagements reached Khallet al Furjan area.
On the other hand, Simafro is occupied by the LNA; General Haftar tries to reach the highway by advancing in eastern areas and block the only logistic line of GNA from Misratah.

Swani axis situation is not clear yet and heavy engagements are going on.