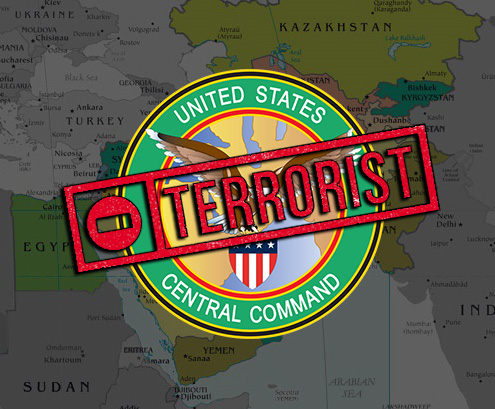 The Supreme National Security Council of Iran has, in a statement, designated the US regime a “State Sponsor of Terrorism” and its Central Command (CENTOM) a “terrorist organization”.

What follows is the full text of the statement released on Monday in reaction to the US move to designate Iran’s IRGC as a terror group:

In the Name of God

The Supreme National Security Council of the Islamic Republic of Iran strongly condemns the illegal and dangerous move by the US regime to put the Islamic Revolution Guards Corps (IRGC) in the list of “Foreign Terrorist Organizations”, and considers the groundless measure as a major threat to the regional and international peace and security, and a clear violation of jus cogens (peremptory norms) and the UN Charter.

Unlike the US and its regional allies which have always supported extremist groups and terrorists in the West Asia region, the IRGC has constantly been at the forefront of fight against terrorism and extremism in the region. The role of this selfless and revolutionary force in fight against Al-Qaeda, ISIS, al-Nusra Front, and other terror groups in the region has always been praised by the affected people and governments.

In a reciprocal response to the illegal and unwise move made by the US today, the Islamic Republic of Iran announces that it designates the US regime a “State Sponsor of Terrorism” and “the US Central Command or CENTCOM” and all its affiliated forces a “terrorist group”.

The CENTCOM is responsible for implementing the terrorist policies of the US administration against the West Asia region, and has endangered the national security of the Islamic Republic of Iran and the lives of innocent Iranians and non-Iranians in order to impose the hostile policies of the US, including the brutal and intentional attack on the Iranian passenger plane in 1988, its complicity in the slaughter of Yemeni people and other civilians in the West Asia.

Clearly, the US regime will bear all the responsibilities for the dangerous consequences of the adventurist move.