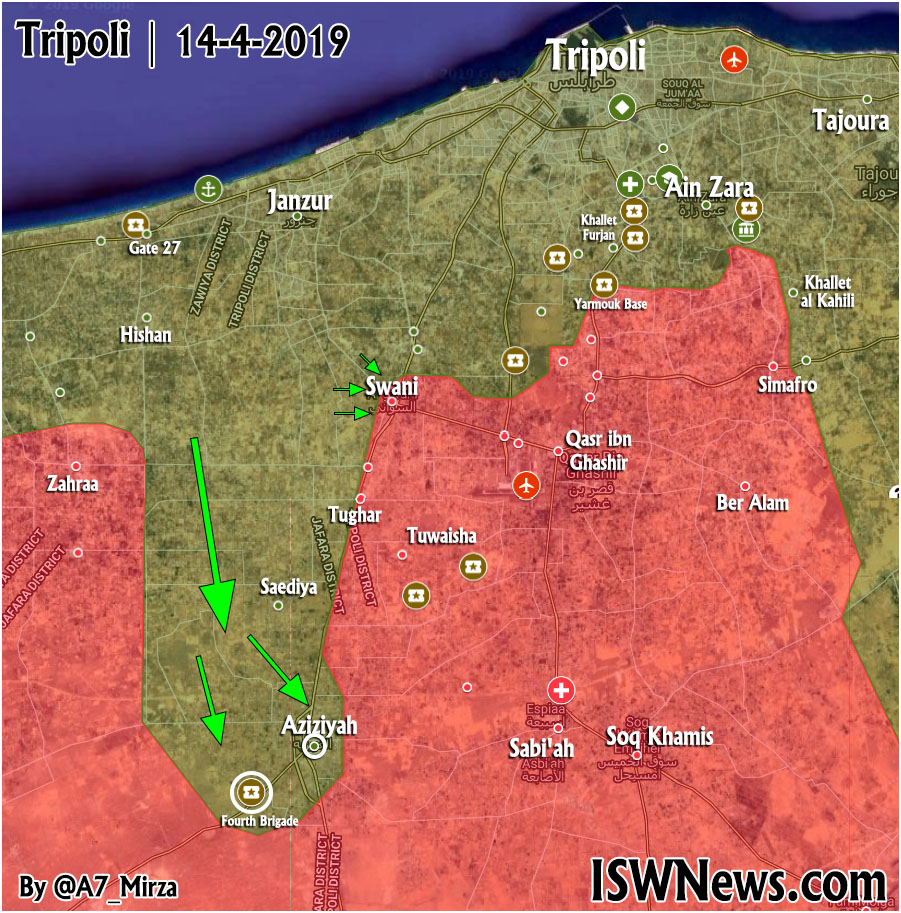 In the recent days, fourth brigade and Aziziyah were captured several times by both sides. On the other hand, GNA is trying to put Libyan National Army LNA under pressure in Swani area to repel them from Swani city. Heavy engagements continue in this axis.
No significant changes in other frontlines.

General Haftar entered Cairo, capital of Egypt, and met with El Sisi, Egyptian president. They discussed evolutions of Libya and Tripoli battles. It can be predicted that after this meeting, there will be more Egyptian logistic support for General Haftar.