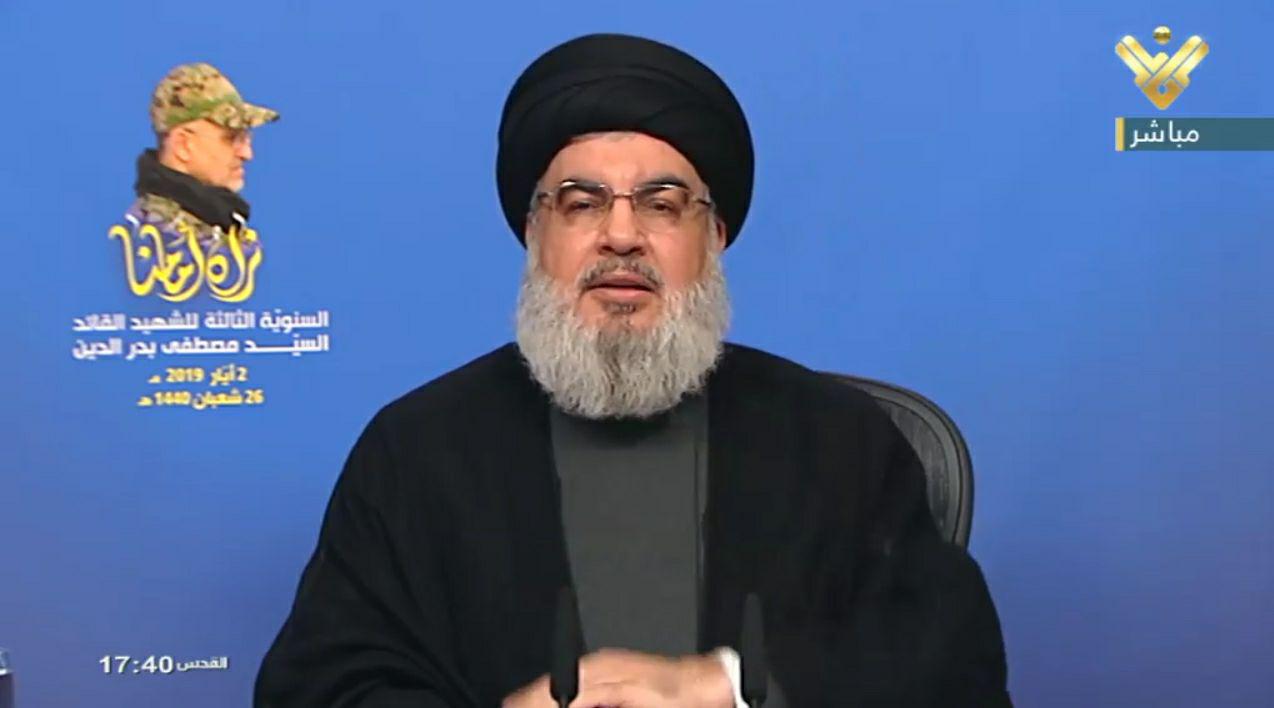 Sayyed Hasan Nasrallah: The old time that Israel could enter south of Lebanon is passed. Resistance is powerful enough to attack Galilee and liberate it.

– If Israeli soldiers enter Lebanon, they will be purged.

– The old time that Israel could enter south of Lebanon is passed. Resistance is powerful enough to attack Galilee and liberate it.

– Israel fears to enter Gaza, even though it is under siege.

– If Israeli Army enters south of Lebanon, will be destroyed in front of media’s cameras.

– Trump thinks Iraq’s oil is his right. ISIS was US tool to achieve it.

– ISIS has the mission in Afghanistan to continue the war to reach middle Asia. That is why some Russian officials are concerning.

– Those who did the massacre in Sri Lanka, who are they? Isn’t Saudi Arabia behind it?

– We shouldn’t be silent regarding Saudi and USA to continue war against Yemen and also executions in Saudi Arabia.

– UN announced that 250 thousand Yemenis are killed from the start of the war but this didn’t shake the world’s conscience because Saudi Arabia is behind it.

– I don’t like King Salman but when I heard what Trump said, i felt pity for him.

– Trump said we received 450 billion dollars from Saudi Arabia, is this money for Saud family?

– Does this money belong to Saudi or people? People are dying from famine from Somalia to Indonesia. Whose money is this?

– Pompeo is the head of US foreign policy. He said he is liar, cunning and thief.