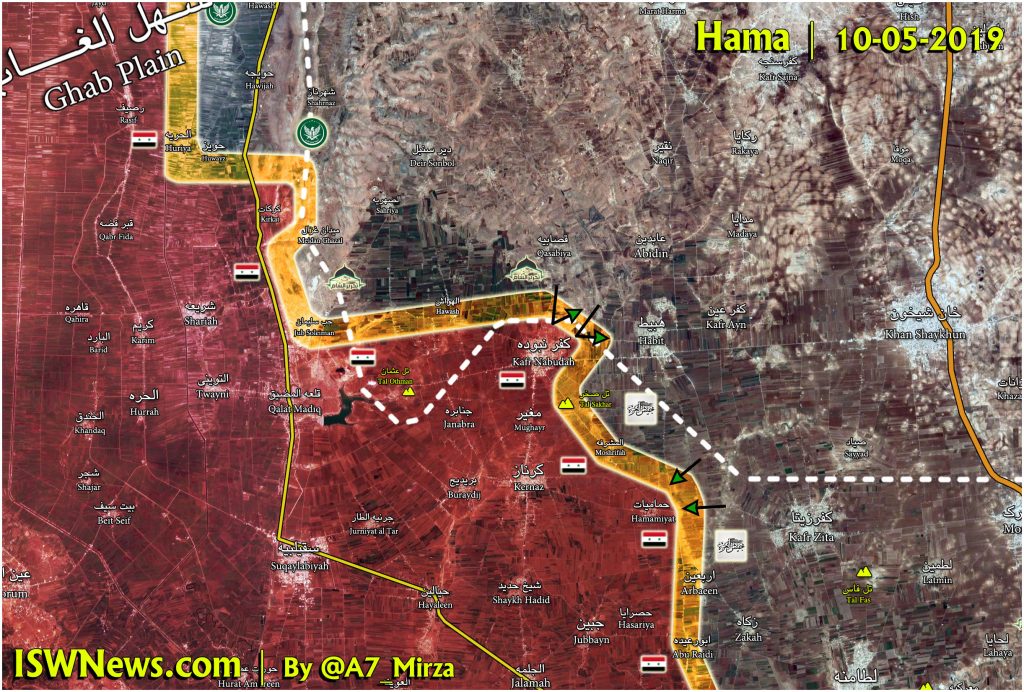 Also, Hamamiyat axis witnessed heavy attacks by militants, and according to the latest information, the attacks has been repelled so far.