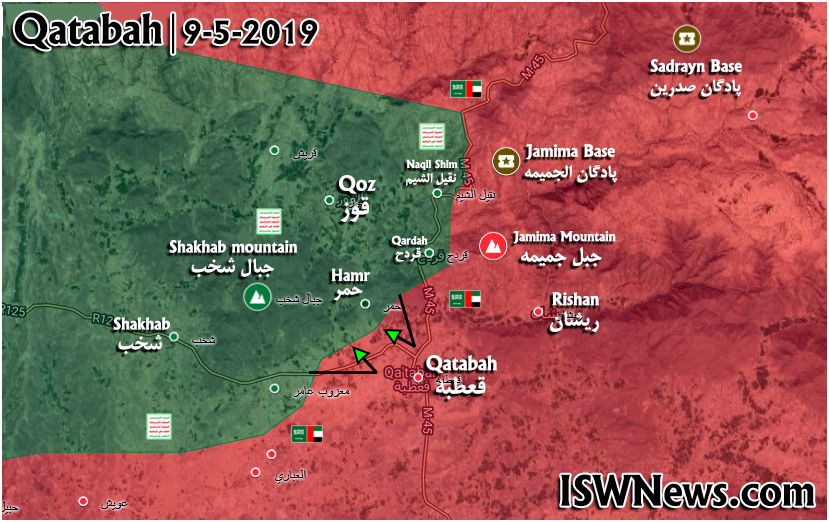 Yesterday Ansar Allah forces attacked Qatabah from Shakhab and Hamar areas to reclaim the city from the Saudi Coalition forces and could enter the city and control a large area of the city. But after a few hours and heavy engagements, they were forced to retreat from the city.

It is noteworthy that in the recent engagement in Qatabah, 3 high rank commanders of fourth brigade of Mansoor Hadi were killed.