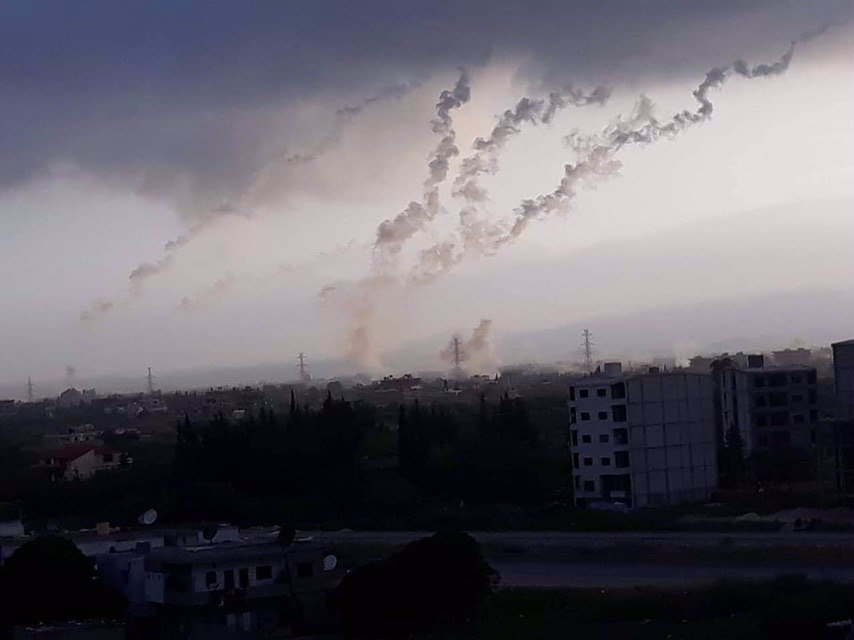 Russian Defense Ministry said in a statement that militia fired 6 rockets from Idlib de-escalation zone toward Hmeimim airbase however they were intercepted by air defense systems and did not hit the base.

According to Russia and Syria from midnight of 18 May, Syrian army started ceasefire and stopped bombing but militia are still continuing mortar and rocket attacks.
Today morning Tahrir al Sham along with other terrorists performed some attacks to occupy Hamamiyat area in northwest of Hama which were not successful.
In fact, no ceasefire!